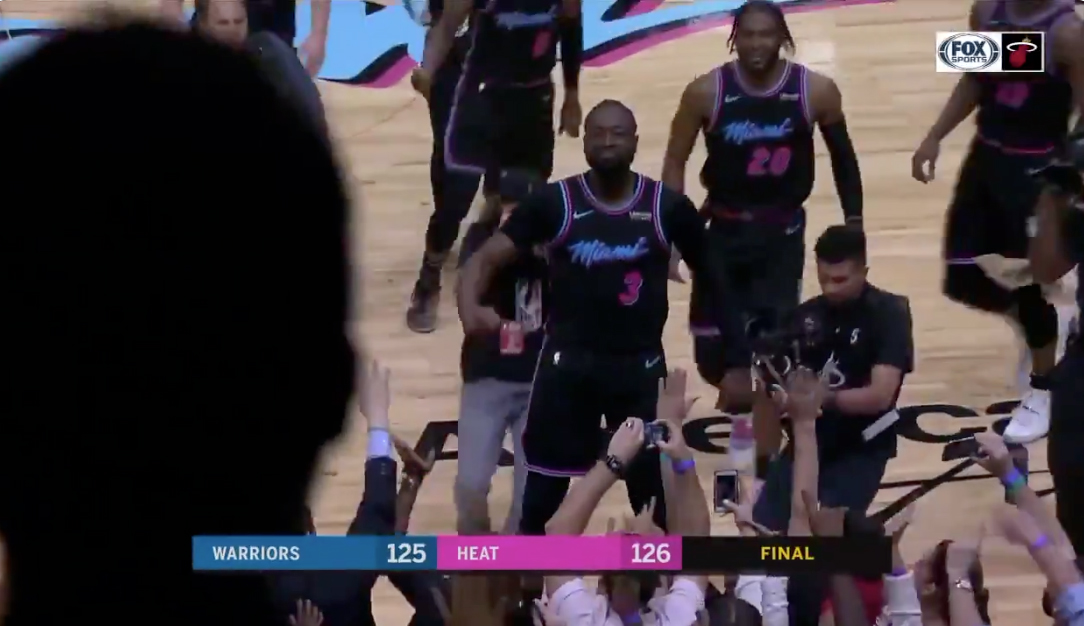 The Miami Heat came away with an improbable 126-125 victory over the Golden State Warriors on Wednesday night, and the hero of the evening was none other than Dwyane Wade.

With the Heat down two and just seconds left on the game clock, Wade bobbled his initial shot but went up again right before the buzzer sounded to sink a miraculous 3-pointer.

The three-time NBA champion finished his night with 25 points, seven rebounds, three assists, and two blocks on the night and helped the Heat break a three-game losing streak.

The Heat get the Houston Rockets next on the tail end of a back-to-back at Toyota Center on Thursday night.
[xyz-ihs snippet=”HN-300×250-TextnImage”]