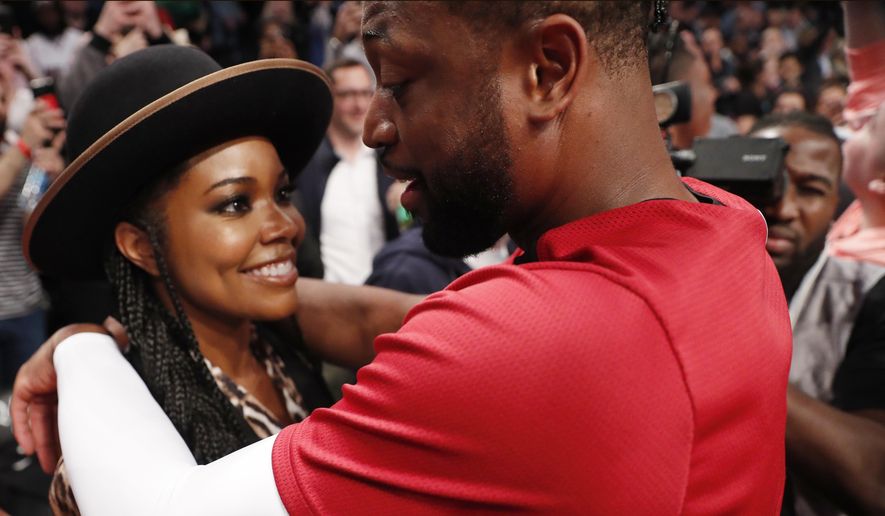 Former Miami Heat guard Dwyane Wade has been married to actress Gabrielle Union since 2014, but a brief break in their relationship ended up resulting in what Wade describes as the “hardest thing” he’s ever had to tell Union.

Barry Jackson of the Miami Herald discussed a 92-minute documentary on Wade, citing key aspects of the film.

“After the second and final championship in the Big Three era, Wade discusses having a child with another woman while he and Union were taking a break in their relationship. They began dating in 2008 and are now married.

That second title, the third in franchise history, was followed by the Heat’s loss in the 2014 NBA Finals. After that season ended, LeBron James left in free agency to rejoin his original team, the Cleveland Cavaliers.

Despite the loss of James, Wade’s personal life improved that year after he and Union reconciled and were married on Aug. 30, 2014.

During the early portion of the 2018-19 season, Wade’s final year in the NBA, he and Union welcomed a daughter into their family.

The girl, born by surrogate, was named Kaavia James Union Wade. She is the fourth of Wade’s children, with the two oldest being born during his first marriage.

The Wade documentary will be broadcast Feb. 23 on ESPN.