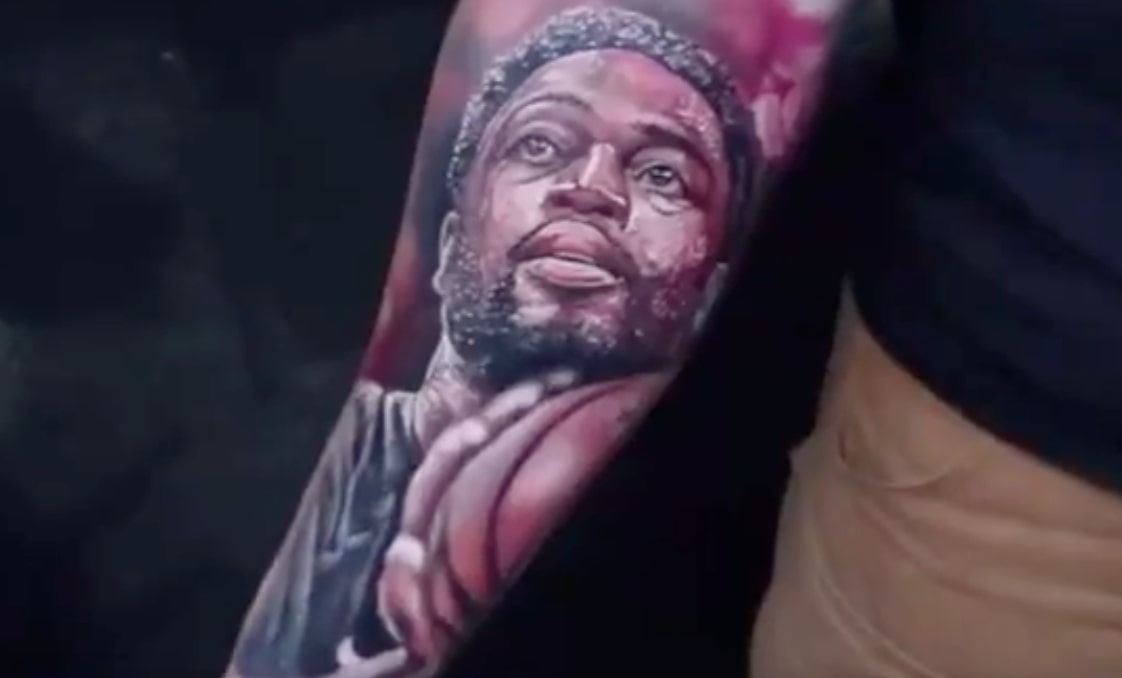 The basketball career of Miami Heat legend Dwyane Wade may have come to an end, but one fan is making sure that Wade is remembered years from now.

That fan took the dramatic step of having a tattoo of the future Hall of Famer put on his arm, which resulted in Wade giving the art a rousing endorsement on social media.

Wade didn’t offer any actual commentary, written or spoken, but his use of the emoji says volumes about his opinion of the incredibly detailed tattoo.

No stranger to tattoos himself, Wade got his first one just last year, shortly after the birth of his daughter Kaavia James. He’s since added a few more, including one on his thigh that includes his classic quote, “My belief is stronger than your doubt.”

Fans taking their support to such levels tend to be among a rare breed, considering the permanent nature of tattoos. While the fan in question could conceivably have second thoughts about the decision to connect with Wade in this fashion, it probably won’t take place in the next few years. By that time, Wade will be taking his rightful place in the Basketball Hall of Fame.