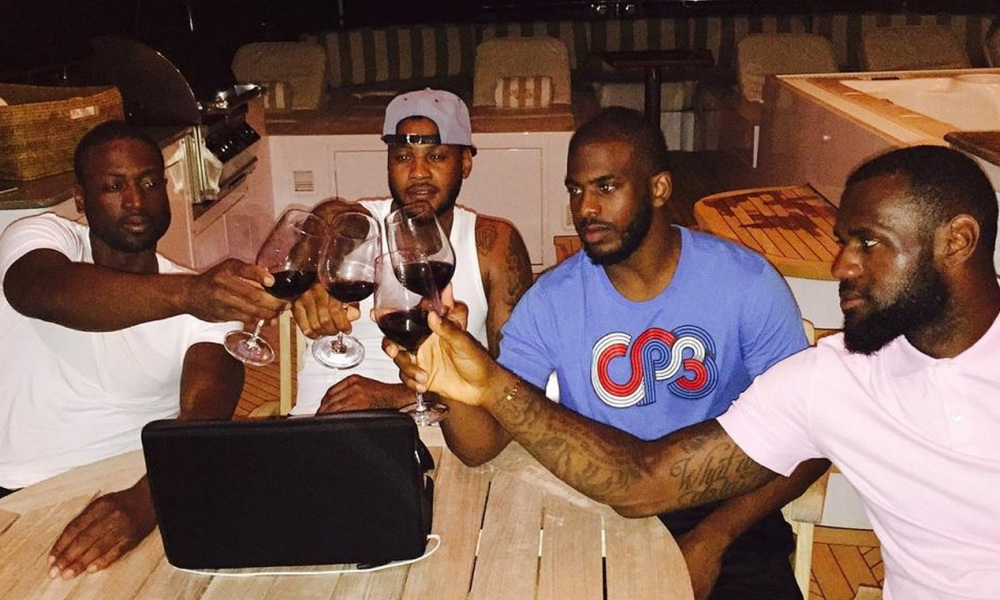 Earlier this week, Miami Heat star Dwyane Wade made it clear that he one day hopes to have ownership in an NBA team, and on Saturday, he clarified that he’s not the only NBA star with ownership goals.

During the flurry of interviews and press at NBA All-Star Weekend, Wade said that his close friends and fellow NBA stars Chris Paul, LeBron James, and Carmelo Anthony also have hopes of having ownership in an NBA team.

Now that Wade’s career is coming to an end, the long-held dream of the four stars playing together will likely never come to pass. The four close friends owning a team together could be far more realistic.

Together, the four stars could easily gather enough money to at least share majority ownership over an existing or expansion NBA team. It would be amazing to see what that kind of co-ownership amongst friends and fellow NBA stars would look like.

While Wade and friends owning an NBA team seems quite a ways away, it is still definitely something to keep an eye on as their playing careers come to an end.
[xyz-ihs snippet=”HN-300×250-TextnImage”]