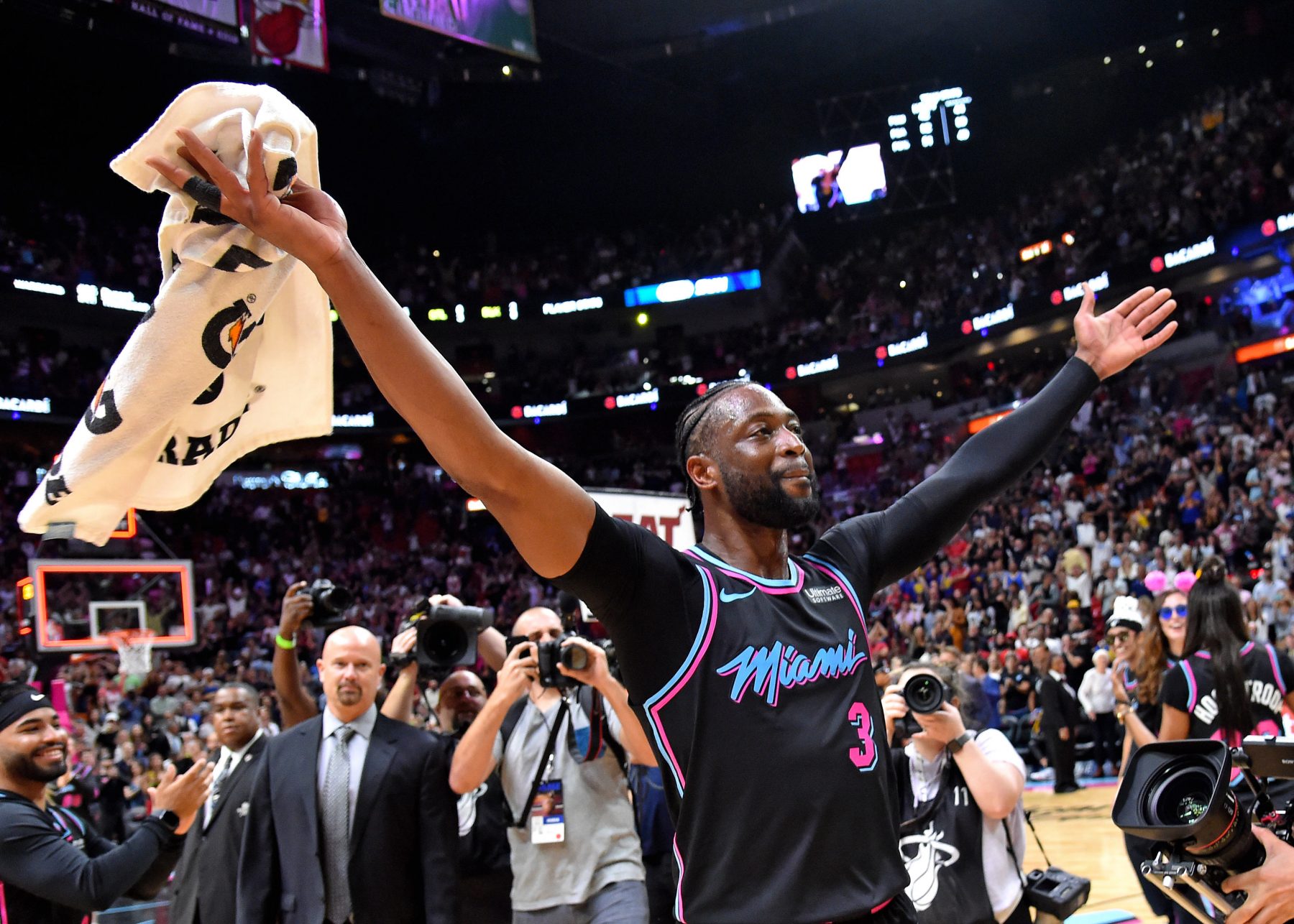 Wade finished his evening with 25 points, seven rebounds, three assists, and two blocks. Afterwards, he thanked one NBA legend in particular for showing him the way.

“Ever since Kobe [Bryant] hit that game-winner on me…thanks for showing me the way,” said Wade. “Mamba mentality.”

What Wade was referring to was during a game against the Los Angeles Lakers back in 2009 when Bryant hit a one-legged 3-pointer to take down the Heat 108-107.

The shot was actually eerily similar to Wade’s as both players shot their 3-pointers off of one leg and also at the buzzer to take down their opposing teams.

Wade and the Heat get to build on this win as they take on the Houston Rockets on Thursday night at Toyota Center.
[xyz-ihs snippet=”HN-300×250-TextnImage”]