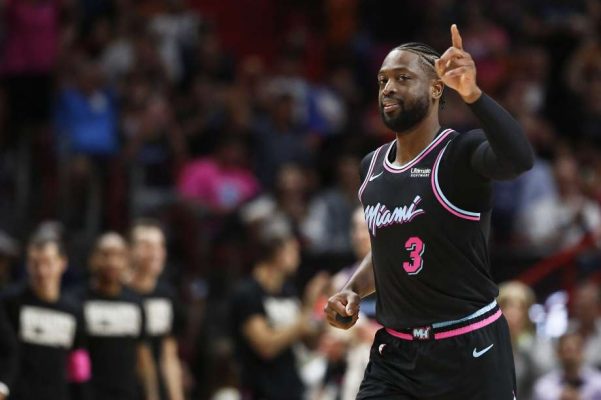 Former Miami Heat superstar Dwyane Wade has been announced as a coach in the second season of “Dunk of China.”

The show, which also hired Heat veteran Udonis Haslem and free- gent guard Nick Young as additional coaches on the show, is set to air on the Chinese streaming platform Youku.com.

The first season of “Dunk of China” was a smashing success as the web-based reality TV series brought together pop culture and basketball. The first episode alone garnered over 50 million views within four days.

Jeremy Lin, who played for the 2019 NBA champion Toronto Raptors last season, was one of the celebrities to appear in the first season. Thus far, there have been no indications that he is set to appear in the second season, despite recent reports that he is nearing a deal with the Beijing Ducks.

Wade’s popularity in China is unquestioned. Last year, he signed a lifetime deal with Li-Ning, a Chinese sports apparel company which carries his signature line Way of Wade.

The 13-time All-Star should make the second season of “Dunk of China” even more exciting than its first.

The new season is set to air this Sunday.