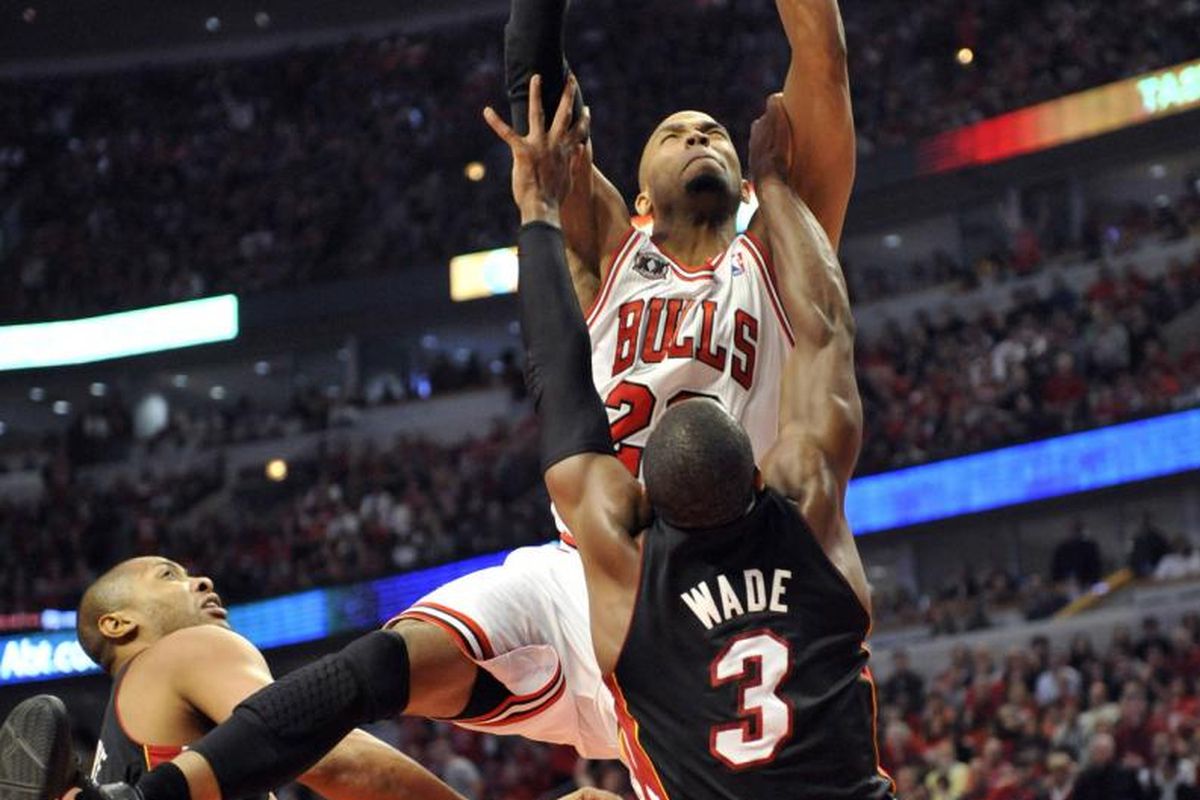 Dwyane Wade poked fun at himself on Friday when he retweeted a clip of Taj Gibson posterizing him nine years ago.

A judge in last February’s NBA Slam Dunk Contest, Wade gave Gibson’s in-your-face dunk on him a score of nine, the same score he had given Aaron Gordon’s final dunk in the contest.

Wade was right in the middle of the controversial result of this year’s dunk contest when the judges collectively gave Gordon a final dunk score that was lower than Derrick Jones Jr.’s.

That resulted in Jones Jr., the other finalist and former teammate of Wade on the Miami Heat, narrowly edging out the Orlando Magic forward.

Many believed that Wade did not give Gordon a perfect score of 10 in order to give the Heat guard the victory.

Gordon felt he was robbed of a Slam Dunk trophy and he made his feelings known almost as soon as the contest was over.

Fortunately, Wade and Gordon have no lingering ill will towards one another, as they showed their camaraderie during a recent Instagram Live session.

As for Wade’s recent retweet, one has to wonder whether Gibson will find it funny or take offense after the former Heat star didn’t give him a 10.