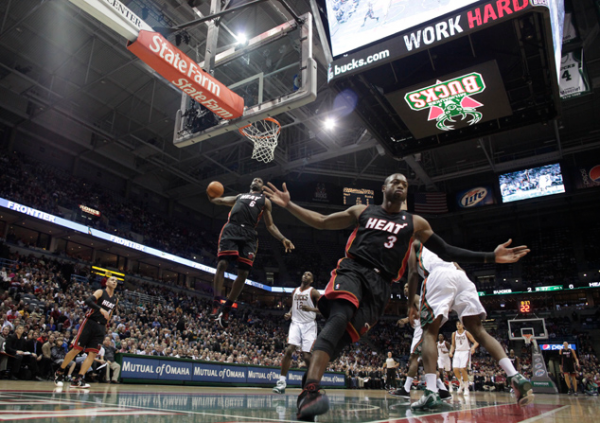 While Miami Heat veteran guard Dwyane Wade has yet to announce whether or not he’ll return next season for what would be his 16th year in the NBA, he has begun to look toward his retirement years. Among the things he’s planning on doing is getting former teammate LeBron James to sign one photo that will then hang inside the Heat legend’s home.

Wade told me this is the one photo he will ask LeBron to sign that he’ll hang in his house when he’s retired. https://t.co/epRVYEONoU

The photo in question is from the first quarter of a Dec. 6, 2010 game between the Heat and Milwaukee Bucks, the first season the duo were together as teammates. Wade’s no-look pass off a fast break preceded a thundering dunk by James.

The 36-year-old Wade and James have a longstanding friendship that preceded their four memorable years with the Heat that saw them reach the NBA Finals every year and capture titles in both 2012 and 2013. Though James headed back to the Cleveland Cavaliers in 2014, the two briefly reunited this year with the Cavs. That connection ended on Feb. 8, when Wade was dealt back to the Heat.

Besides that friendship, the bond between the two players will continue forever, since both long ago became locks for the Basketball Hall of Fame. Wade’s entry will come sooner, even though the pair both entered the league in 2003.
[xyz-ihs snippet=”HN-300×250-TextnImage”]