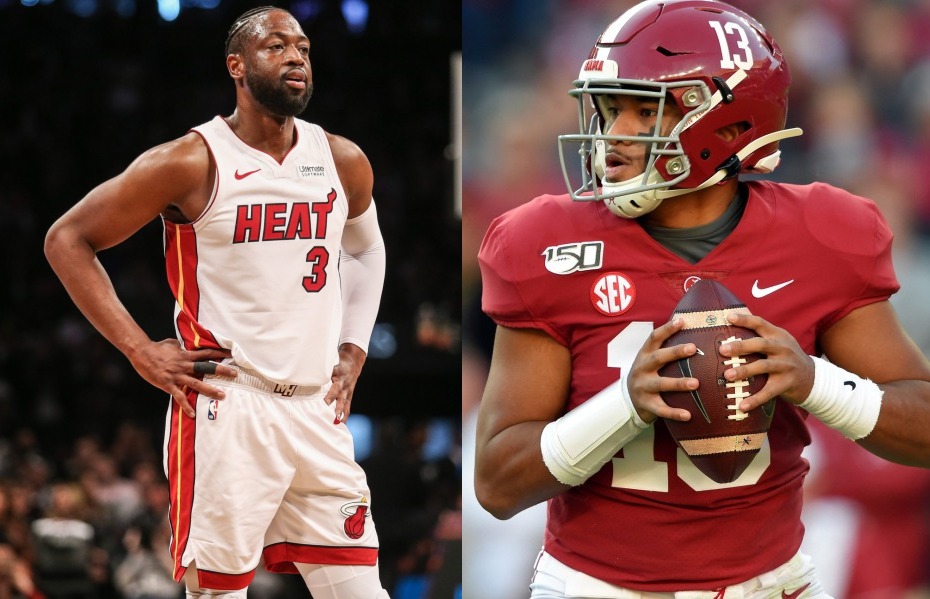 If there is one recent sports star who knows what it’s like to be the king of Miami, it’s former Miami Heat superstar Dwyane Wade.

However, it is quite possible that the next star athlete to claim the hearts of South Florida will be Miami Dolphins quarterback Tua Tagovailoa.

The No. 5 overall pick in the 2020 NFL draft is already facing high expectations, some of which are coming from Wade himself.

“He’s a hell of a player. Miami, especially at the QB position, really needs that,” Wade told ESPN’s Cameron Wolfe. “They need a leader. They need a player,” Wade said. “To come in as a young player and win a game in the second half of a national championship game — that shows some grit, that shows some balls. People have to really believe in you. Miami needs that. The Dolphins need that. Even though I’m a [Chicago] Bears fan, I was rooting for them to get him because Miami needs to get back to where the basketball program is.”

Wade went on to indicate that if Tagovailoa can reach his potential, he’ll bring Dolphins football back to the prominence it has enjoyed many times in the past.

Wade also couldn’t help but shout out some of his Heat’s young stars as well.

“If the Dolphins get it going, it’s going to be Dolphins town. We did as much to make it a basketball town as possible, and Miami Heat is there to stay. But let’s not get it twisted: Florida is football. Once they get their s— together, they are going to be big and bigger,” Wade said. “But those Heat guys — Bam [Adebayo], Tyler Herro — are going to battle him for it. He’s got to earn it.

“How you put yourself in that conversation is doing something great, something that people have never seen before, and obviously winning.”

With all the young talent playing in Miami at the moment, there is no doubt that it has the potential to become a major multisport town for years to come.

Hopefully, Tagovailoa is one of the stars leading that charge.