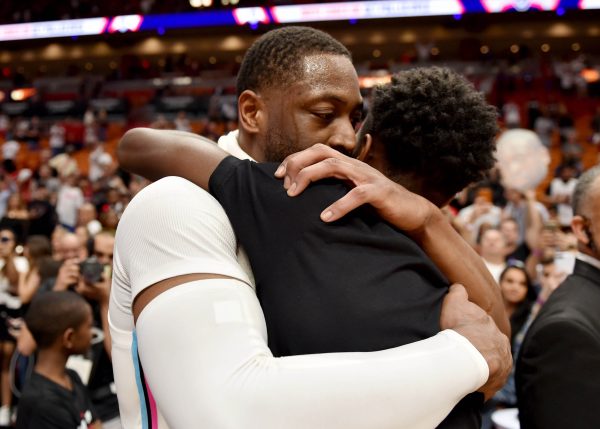 The close connection between Miami Heat legend Dwyane Wade and his oldest son Zaire has been evident from the time Zaire Wade was born.

On Monday, Dwyane Wade took to social media to wish his son a very happy birthday.

Happy 17th birthday to my firstborn Zaire Blessing Dwyane Wade! I couldn’t be prouder of the YnG man you are becoming. You were the first good thing that happen to me. Thanks for coming along and changing the direction of my life. I love you more than words can express. Enjoy your day YnG King! @zmane2 @yngdna

Dwyane Wade was unable to offer those greetings in person, given that the Heat have begun a lengthy six-game road trip. In the midst of his farewell tour across the NBA, he’s lamented about not being able to see Zaire Wade play basketball as much as he’d like, often resorting to online sources to keep tabs on his son’s performances.

Zaire Wade is attempting to follow in his father’s large footsteps as a 6-foot-2 guard at American Heritage High School. Despite his junior status, he’s already received a scholarship offer from the University of Nebraska, which happens to be the alma mater of his stepmother, Gabrielle Union.

Supposedly, the University of Miami has also considered recruiting him, though the number of schools interested in the high school prospect is likely to expand the closer the time to make a final selection arrives.
[xyz-ihs snippet=”HN-300×250-TextnImage”]