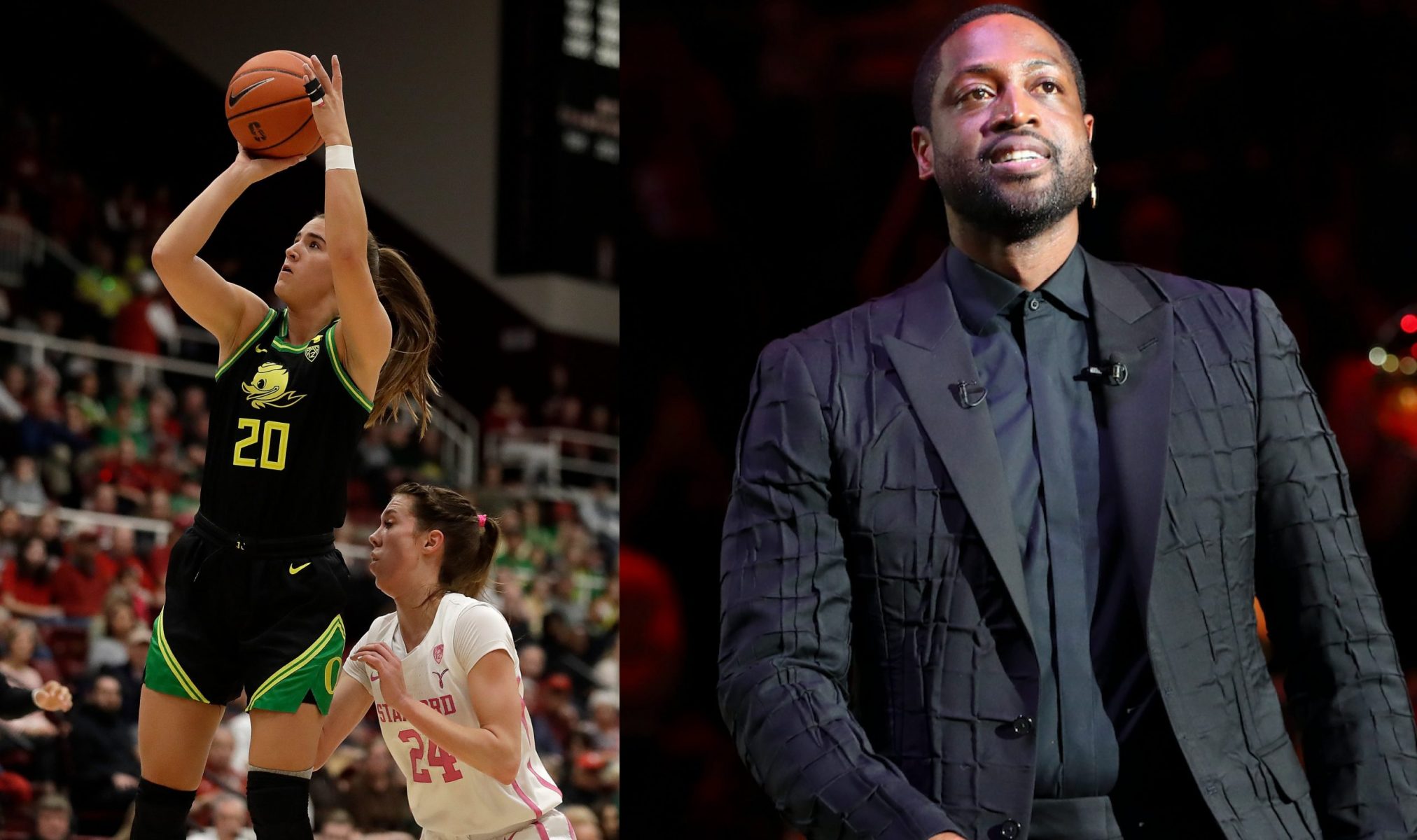 Just hours after delivering a eulogy at Kobe Bryant and Gianna Bryant’s memorial service in Los Angeles, college basketball star Sabrina Ionescu took to the court and made NCAA history.

The University of Oregon guard became the first ever player to amass 2,000 points, 1,000 assists and 1,000 rebounds in a college career.

Can’t write this any better ?? https://t.co/xnqocU3dvR

Both Ionescu and Wade have been hit hard by the tragic deaths of the Los Angeles Lakers star and his daughter last Jan. 26. They died in a helicopter crash that also claimed the lives of seven other passengers.

According to Ionescu, the elder Bryant was a “mentor, idol, inspiration and close friend.”

I miss you guys more than I could ever put into words ? Kobe, thank you for being a source of light in the midst of darkness.You were and always will be my sanctuary. You brought me the peace and guidance that I had been searching, and praying so long for. You were my mentor, idol, inspiration, and close friend. A part of me was lost Sunday, a void that can never be filled, because you are one of one. You took me under your wing and believed in me more than I believed in myself. I only have one choice. To live out your legacy. ? You will forever live through me, and be watching over me every step of the way, because you have the best seat in the house. I can still hear you telling me, “Sab, real sharpness comes without effort,” and that’s a voice I will never forget. Love you boss. Always. Gigi, Alyssa and Pay Pay- Never stop shining your light! I was blessed to have been apart of your lives and to inspire you, but now you inspire me. Keep working on those fade away jumpers up in heaven. RIP little mambas❤️? I pray for everyone who lost a loved one on Sunday, may God heal your broken hearts?? Legends never die! #mambamentality?

In her eulogy, Ionescu recounted how she first met the elder Bryant and his daughter during a college basketball game, and how they developed a close relationship after that.

As for Wade, he had his own career overlap with that of Bryant’s for 13 NBA seasons. Though they were fierce rivals on the court, the two shooting guards shared a friendship off of it.

Wade also attended the memorial service and dedicated a social media post to celebrate the memory of the Lakers legend.