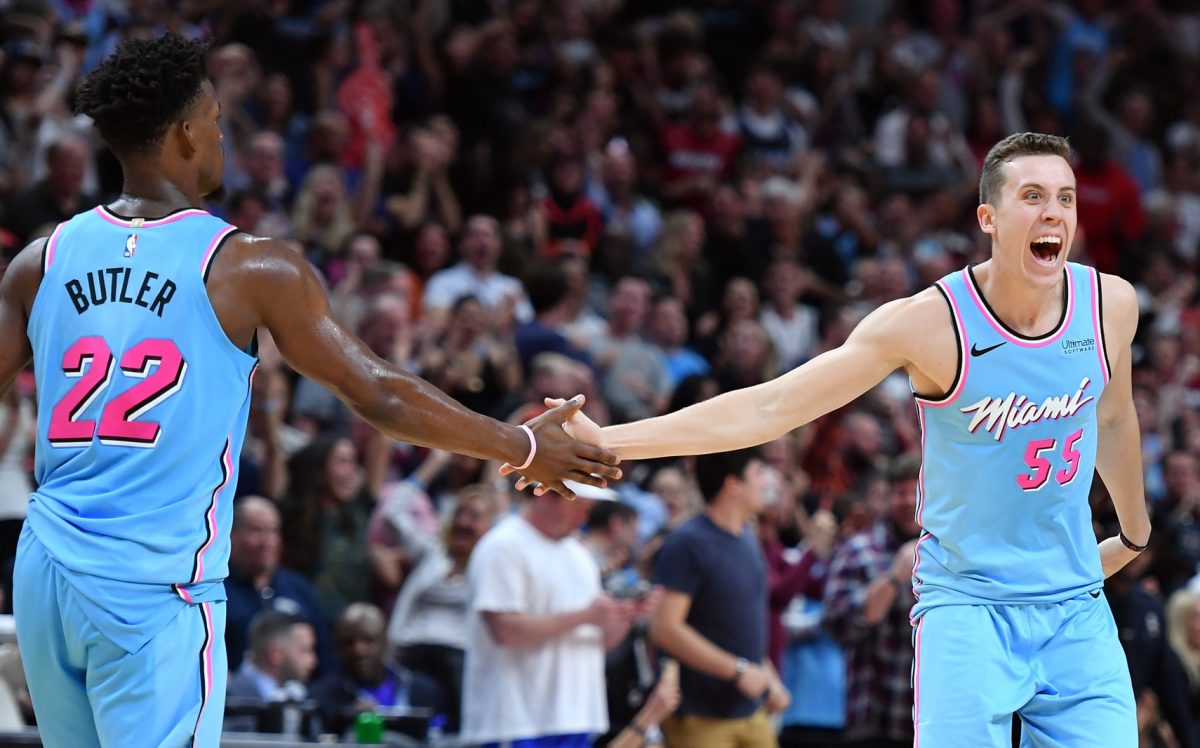 During Wednesday’s battle between the Oklahoma City Thunder and Miami Heat, Thunder veteran Chris Paul got quite aggressive with Heat youngster Duncan Robinson.

All-Star Jimmy Butler checked Paul later in the game as a sign of protection for his teammate. After the contest, Robinson thanked Butler for coming to his rescue. 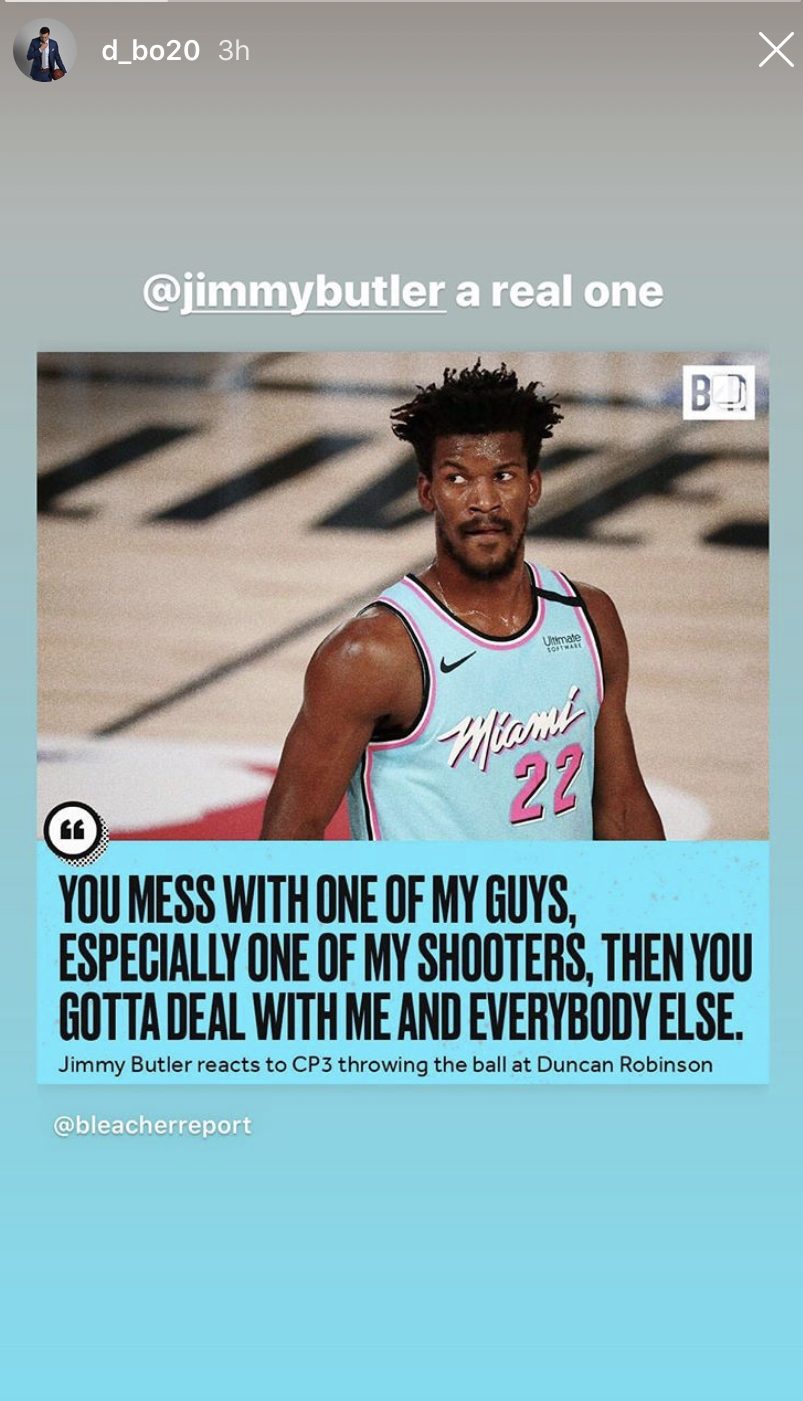 Butler, 30, is in his first season with the Heat.

The journeyman started his career with the Chicago Bulls. He played there for the first six years of his career. Towards the end of his stint with the Bulls, the veteran clashed with coaches and younger teammates.

Furthermore, his reputation as a bad teammate followed Butler during his tenures in Minnesota and Philadelphia.

Yet, in his first year with Miami, Butler has been a phenomenal teammate. Heat players and coaches have applauded him for his terrific leadership, production and humility.

In fact, rising star Bam Adebayo has claimed that Butler is extremely misunderstood.

Wednesday’s tussle between Paul and Butler was a great example of Butler’s leadership and support. The Heat will need that energy as they prepare for a championship run.

On the season, Butler is putting up 19.9 points, 6.7 boards and 6.0 assists per game. The Heat are the No. 4 seed in the Eastern Conference.

The Heat take on the Indiana Pacers on Friday.