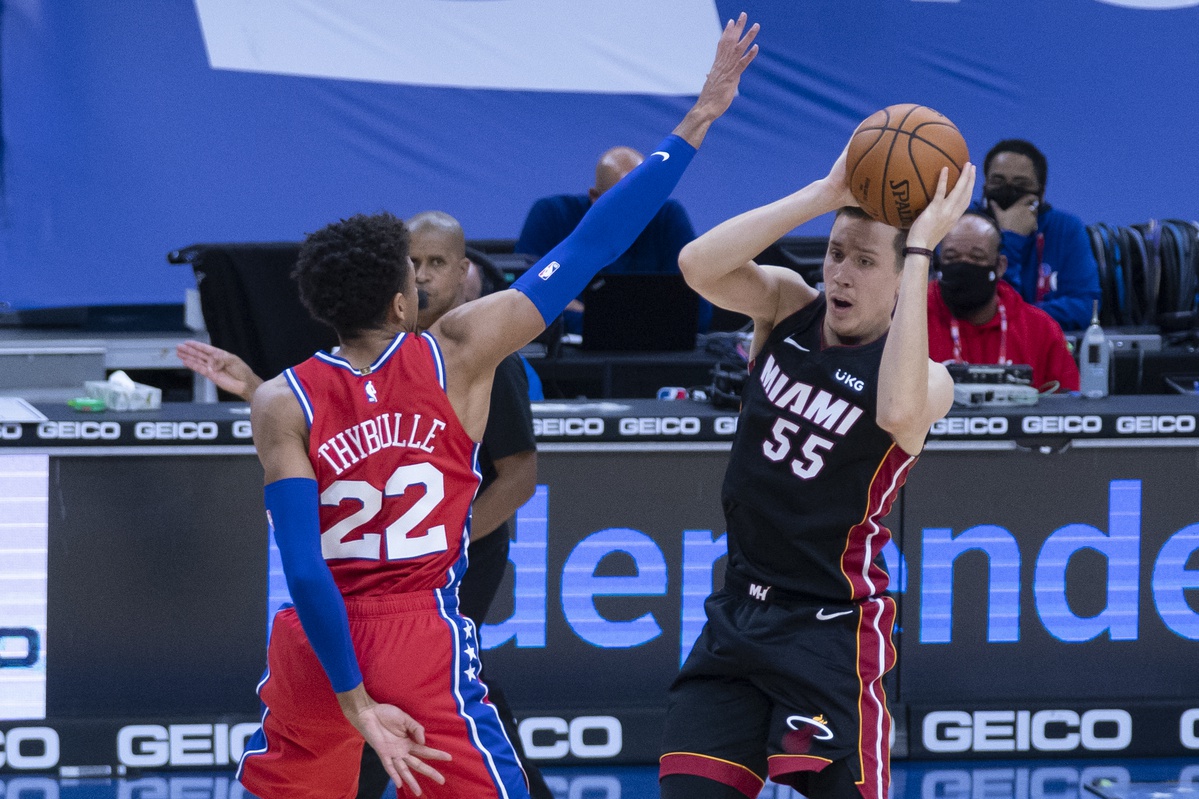 Miami Heat sharpshooter Duncan Robinson explained why the Heat will grow from the adversity they have faced early on in the season.

"This type of adversity is when you're forced to grow. Because if you don't, then you just kind of wilt away off into NBA obscurity … that place where nobody wants to be in this league.

"And that's not what this group wants."

Miami is just 4-7 through its first 11 games this year after making the NBA Finals last season.

The Heat have had to deal with several obstacles this season. The team has been bit by the injury bug, and they have lost players due to contact tracing for COVID-19.

In addition, Miami was forced to deal with an extremely short offseason after a lengthy playoff run in the Orlando, Fla. bubble last season.

Still, Robinson believes that they will be able to turn this season around.

The Heat are always preaching the importance of the franchise’s culture, and they will likely need to lean on that the rest of this season.

Robinson has been a bright spot for the Heat this year, as he is averaging 14.5 points and 4.0 rebounds per game while shooting a blistering 42.6 percent from beyond the arc.