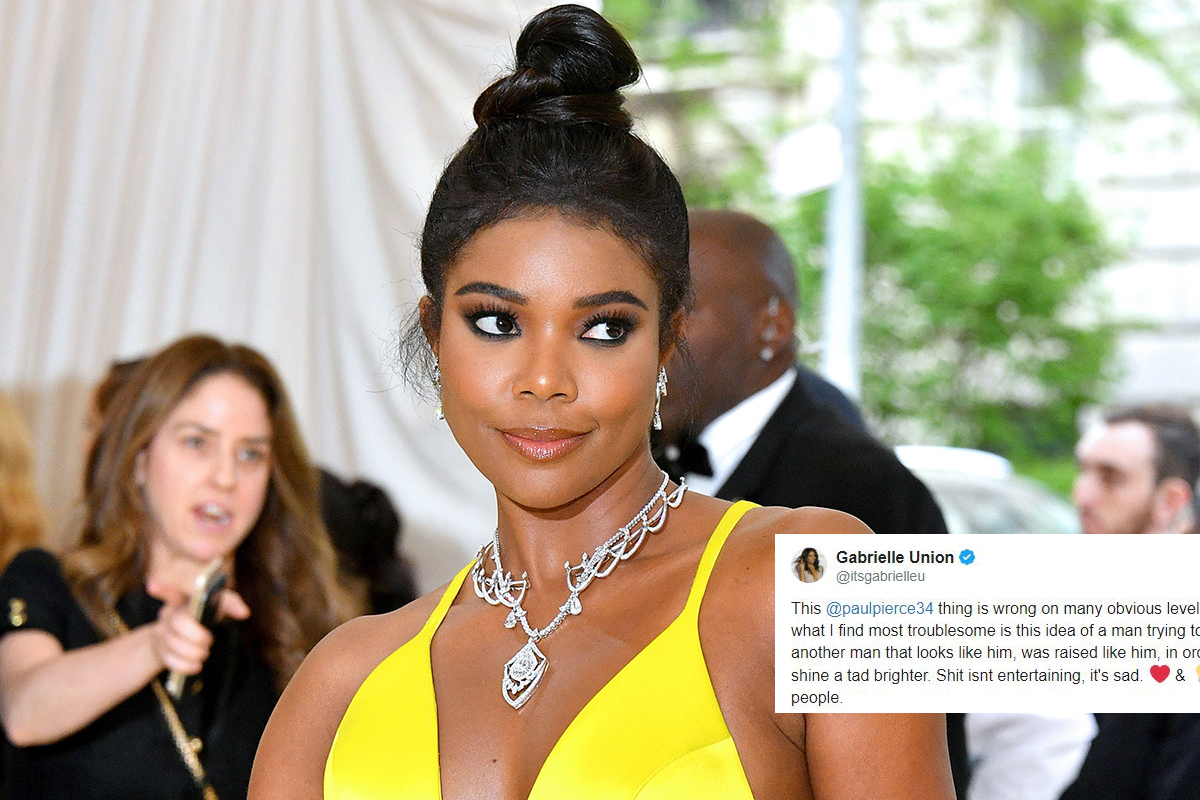 Ever since Paul Pierce disrespected Miami Heat guard Dwyane Wade on Friday night, the NBA world has put been putting the Boston Celtics legend on blast.

The latest figure to take a stand is Wade’s wife, Gabrielle Union, who was very upset.

This @paulpierce34 thing is wrong on many obvious levels but what I find most troublesome is this idea of a man trying to diminish another man that looks like him, was raised like him, in order to shine a tad brighter. Shit isnt entertaining, it's sad. ❤ & ?good people.

Wade, 37, is in the final season of his prolific NBA career. During his retirement tour, the veteran has been showered with love, praise and gifts from multiple players and teams across the league. The disrespectful claim by Pierce puts a sour spot on what has been a beautiful ending for Wade.

However, when the two greats are compared, the Heat legend still takes the throne.

While Heat fans could continue to destroy Pierce in this ridiculous argument, it’s best to enjoy the last few games of the Heat legend’s amazing playing career.
[xyz-ihs snippet=”HN-300×250-TextnImage”]