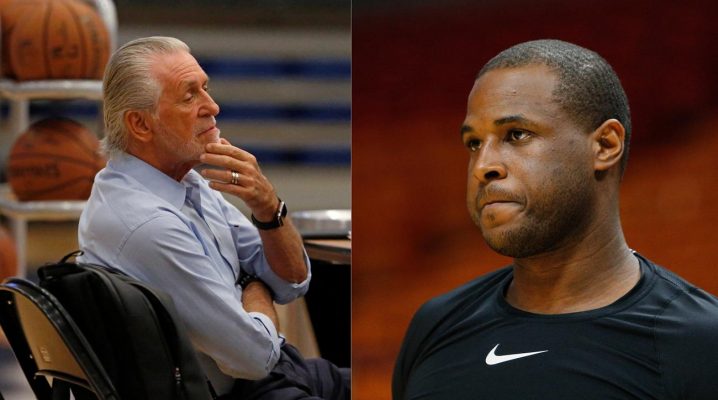 Dion Waiters’ long road back to the court following ankle surgery has been anything but easy. During his rehab, there has been tension between himself and the Miami Heat front office. Waiters spoke with Rohan Nadkarni of The Crossover regarding some of the tension between the two sides.

“Both sides are mad and frustrated,” Waiters admited. “But we both want the same thing.”

It’s understandable that both sides are frustrated with Waiters’ injury situation. The oft-injured shooting guard feels he has something to prove. He wants to make his return to the court and show the world that he can still play at a high level.

From the perspective of the front office, the Heat invested four years and $52 million into Waiters and he has yet to play a full season in Miami. Waiters hasn’t played in a game since Dec. 22, 2017 and the front office wants him to get back on the court, in part, to validate his contract. That has to be one of the reasons why team president Pat Riley might be pushing him so hard.

Of course, when Waiters is at full strength and playing well, he brings a lot to the table for head coach Erik Spoelstra. He could help solidify the backcourt in the wake of point guard Goran Dragic’s recent knee surgery.

Although there has been some tension between Waiters and the front office, both sides are seeking the same result. They both want Waiters to come back strong and become the player the Heat thought they had signed to a four-year contract.
[xyz-ihs snippet=”HN-300×250-TextnImage”]