Don't Miss
Home / Media / Dewayne Dedmon speaks out on his breakout performance vs. Spurs: ‘I emptied the tank’

Dewayne Dedmon speaks out on his breakout performance vs. Spurs: ‘I emptied the tank’ 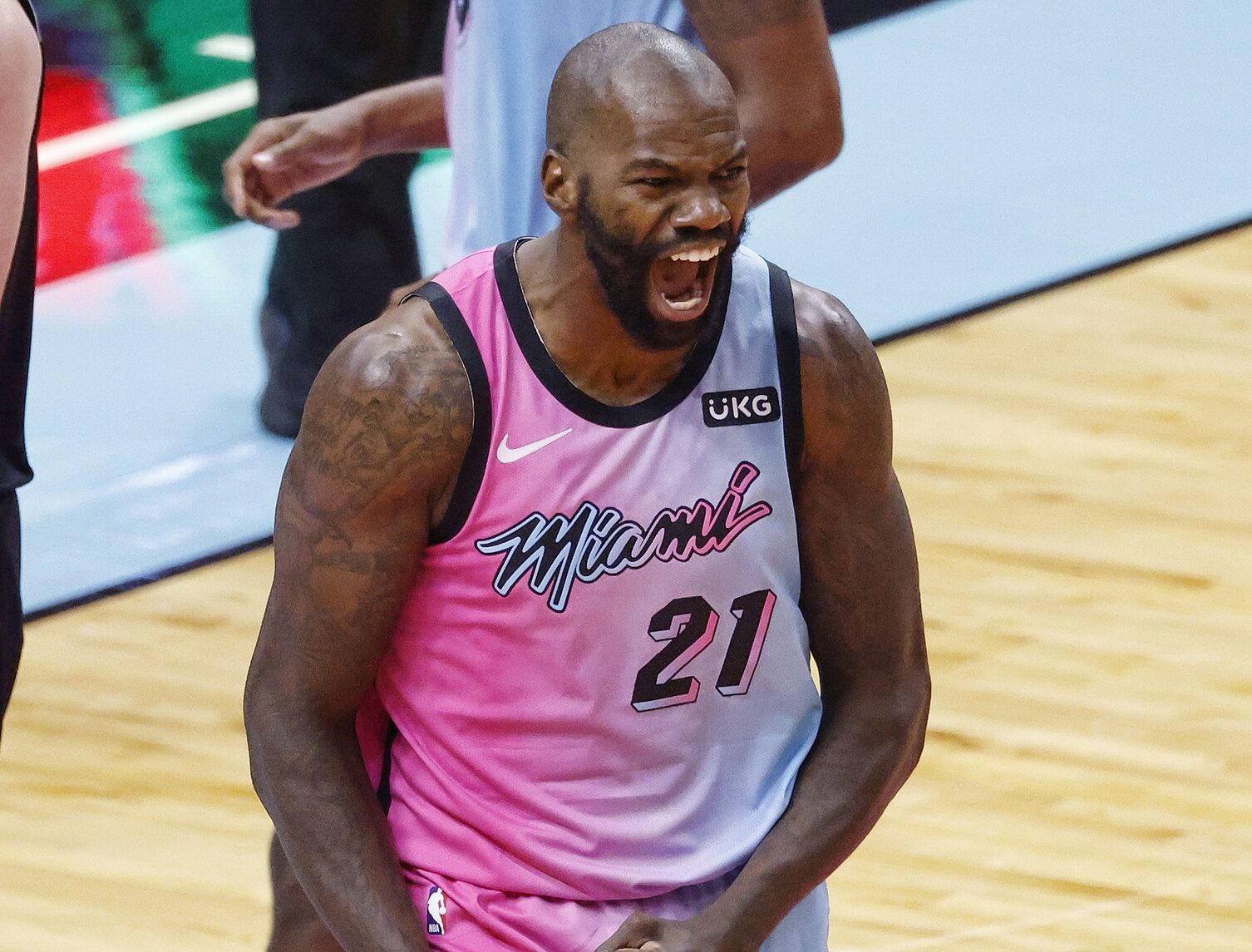 On Wednesday, the Miami Heat scored an important 116-111 victory over the San Antonio Spurs, another team fighting to solidify its playoff hopes.

Miami got a big lift from center Dewayne Dedmon, who was very productive in limited playing time.

"I emptied the tank"

Dewayne Dedmon had an outrageous 18 points and 9 rebounds in just 16 minutes!

Dedmon was signed by the Heat several weeks ago to augment its questionable frontcourt depth. After Meyers Leonard was traded away in the Trevor Ariza deal, the Southern California native has helped keep Miami afloat.

The Heat are in seventh place in the Eastern Conference with Wednesday’s win and are tied with Boston Celtics. Therefore, Miami is in position to make the postseason outright without having to win the play-in tournament.

The team has a generally favorable schedule to close out the regular season, and other than Victor Oladipo, it is somewhat healthier than it has been for much of the season.

The Heat were also helped on Wednesday by Jimmy Butler, who had 29 points and six assists, as well as Kendrick Nunn’s 18 points.