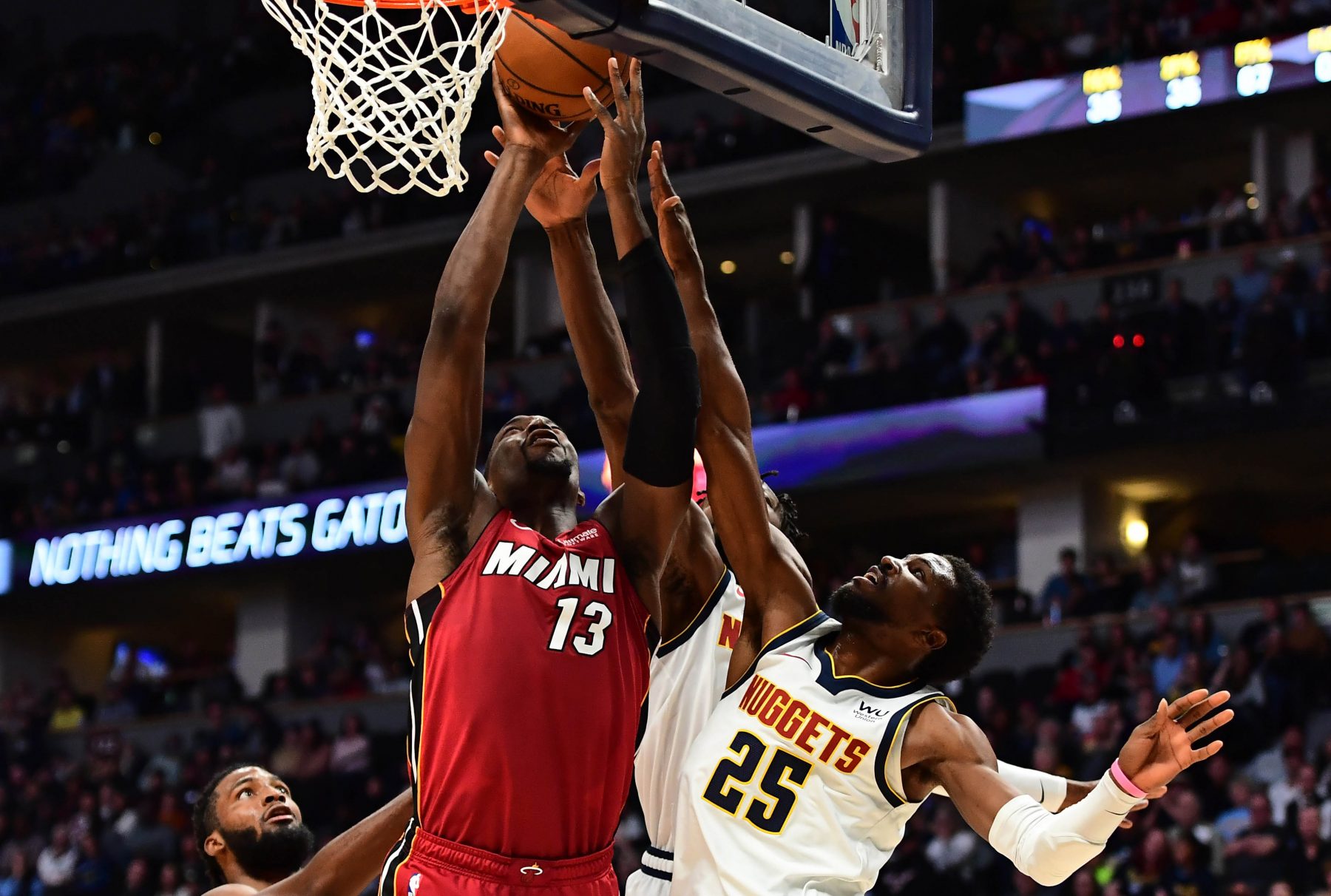 Seven games into his third NBA season, Miami Heat center Bam Adebayo continues to make strides in his overall development, including on the defensive side of the ball. To that latter point, defensive metrics show him doing better than his former Heat teammate Hassan Whiteside did while donning the red and black.

Barry Jackson of the Miami Herald pointed out that Whiteside’s knack for swatting away opposing shots helped mask some of his defensive shortcomings. That’s why the offseason deal that sent Whiteside to the Portland Trail Blazers was considered beneficial for the Heat when it came to their efforts on the defensive side.

“Even though Portland’s Hassan Whiteside routinely ranked among the league leaders in blocks as a member of the Heat, the Heat didn’t believe its defense would diminish without him,” Jackson wrote.

“And this is notable: So far this season, Bam Adebayo has allowed the player he’s guarding to shoot just 37.5 percent (36 for 96).

Last year, Adebayo moved into the Heat’s starting lineup during the final six weeks of the campaign. His ability to contribute during that stretch was then followed by a rigorous offseason that saw him work on various aspects of his overall game.

That effort has paid off during the first two weeks of this season, with Adebayo averaging 12.7 points, 9.3 rebounds and 4.9 assists per game. All three numbers represent improvement from last season’s averages, with the assist number more than double what he dished out last season.

The 22-year-old Adebayo has cooled off in the scoring department in the past two games after averaging 15.0 points per game during the first five contests. Yet he’s compiled four games so far with multiple blocked shots and came close to a triple-double in the thrilling overtime win over Milwaukee on Oct. 26.

In that contest against the Bucks, Adebayo scored 19 points, grabbed 13 boards and handed out eight assists. If he’s able to continue to come close to those numbers as the season progresses, the combination of that potential and the aforementioned numbers on defense could help put him in February’s All-Star Game.