Report: Bam Adebayo Working With Chris Bosh on How to Stretch Floor 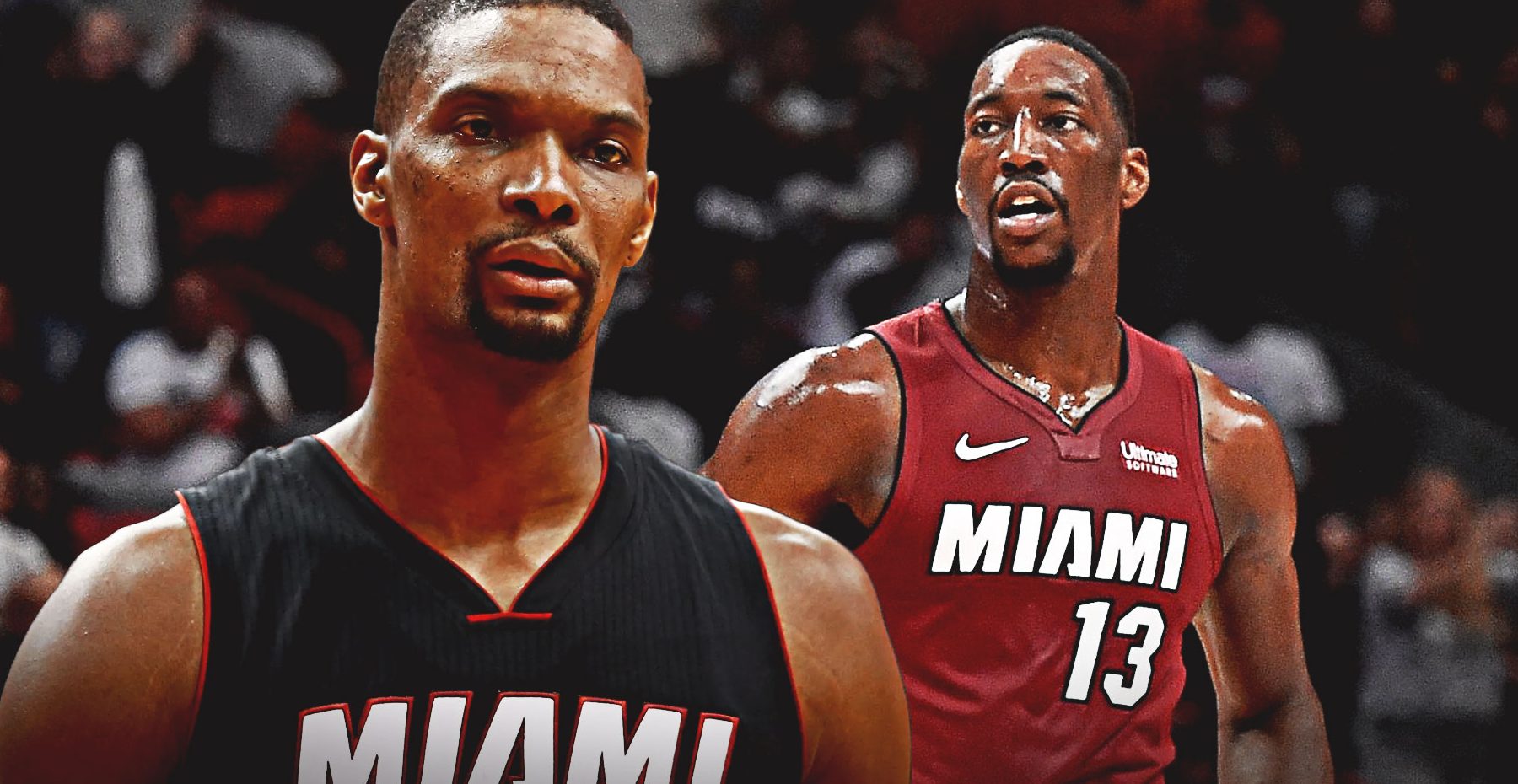 The Miami Heat have a lot resting on the the success of big man Bam Adebayo.

With one clear star in Jimmy Butler already in place, Miami will likely need other players to step up if it hopes to succeed in advancing deep into the playoffs.

Adebayo looked great in Miami’s preseason games, but it doesn’t appear that he’s anywhere close to satisfied. Per a recent report from Shandel Richardson of The Athletic, Adebayo has been speaking with former Heat big man Chris Bosh about how he can better stretch the floor.

“Shortly after the preseason ended, Adebayo was having a phone conversation at his locker,” Richardson wrote. “He asked the person on the other end what he wanted for dinner.

“It was former Heat star and future Hall of Famer Chris Bosh.

“One of Adebayo’s concerns entering the season was who would step into the mentor role when assistant coach Juwan Howard left to take the head job at Michigan. Not only does Adebayo have Bosh on speed dial, but he has also spent time with Alonzo Mourning and is building a strong relationship with assistant Malik Allen, who replaced Howard.

“Adebayo has three quality basketball minds with whom he can discuss what to expect in this, his biggest season. The Heat are making him a vital part of their plans, especially on the offensive end. Adebayo has spoken with Bosh mostly about being able to better stretch the floor. Despite being labeled a big man, Bosh’s 3-point shooting and versatility played key roles in the Heat winning two championships during the Big Three era.”

Richardson went on to explain that while Adebayo did not shoot very well during the Heat preseason, the University of Kentucky product is confident that success is coming.

“I’m so sick of them going in and out,” Adebayo said. “They’ll start going in soon. You can count on that. It’s just a matter of time.”

Adebayo managing to take that next step in his offensive game and adding an outside shot could have a huge impact for the Heat. Looking to Bosh as a mentor makes perfect sense in that regard.

In his NBA career, Bosh averaged 49.4 percent shooting from the field and 33.5 percent from beyond the arc. If his career had not been cut short due to health complications, it is likely that Bosh would have developed into an even bigger impact player in the league as shooting big men has grown to become quite important in recent seasons.

The Heat organization clearly has a lot of confidence in Adebayo. Now, with him laying claim to the team’s starting center position, it will be fascinating to see just how much he is able to accomplish in arguably his most important NBA season yet.