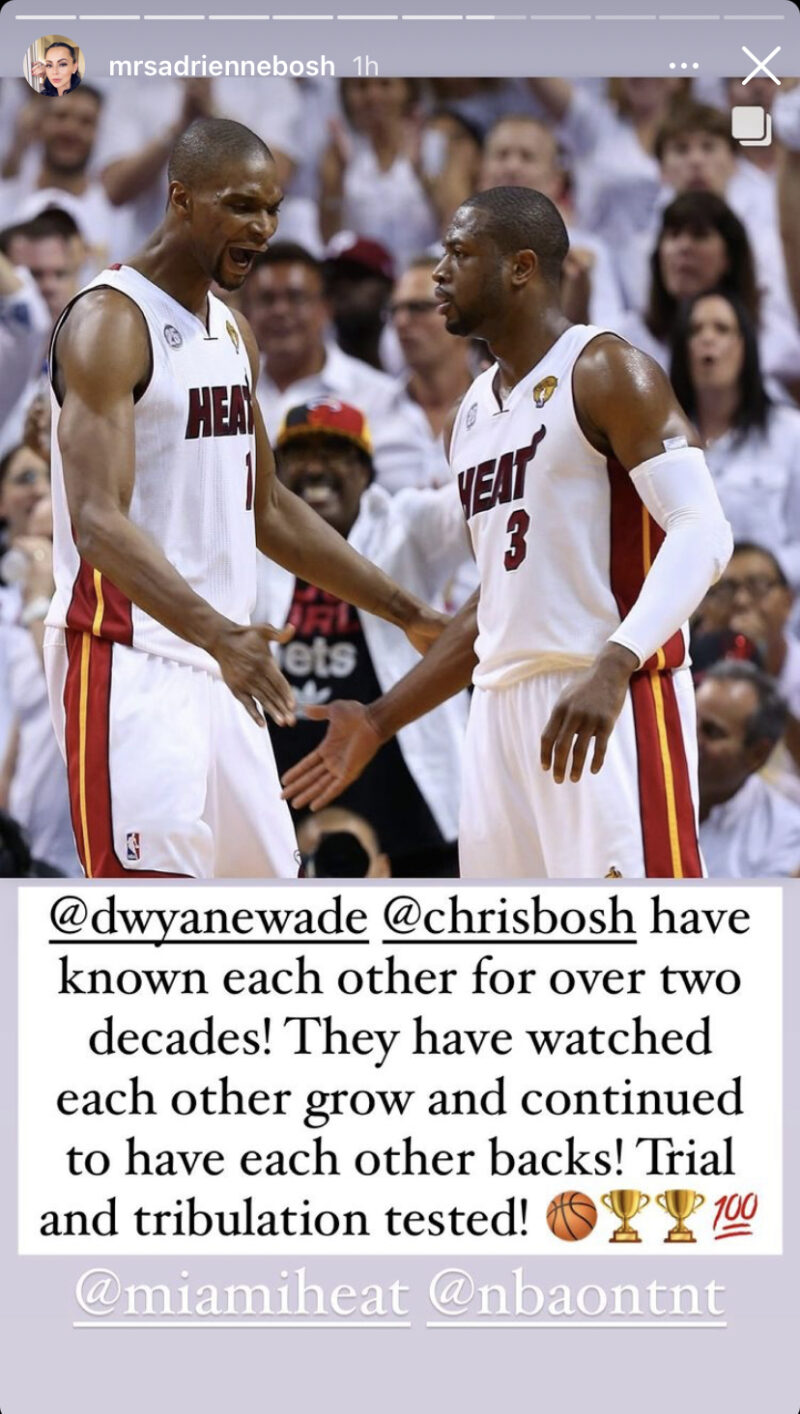 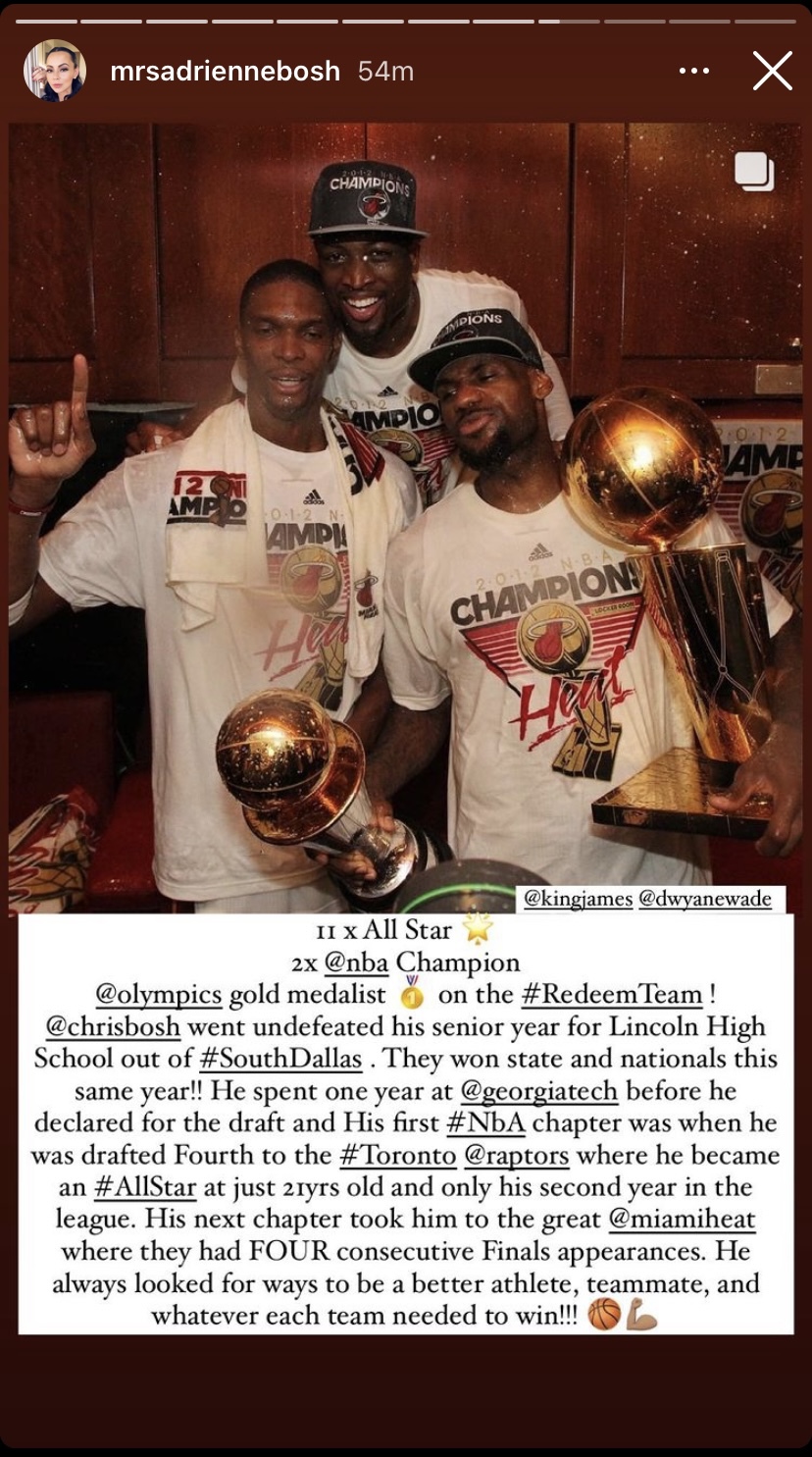 Chris Bosh and his wife have been married since 2011.

Of course, Chris Bosh was playing for the Heat during that point of his career.

During his career in the NBA, Chris Bosh had averages of 19.2 points, 8.5 boards and 2.0 assists per contest. He played a massive role in helping the Heat go to four NBA Finals and win two titles from 2011 to 2014.

As for Randle, he just earned the first All-Star berth of his career this season. The power forward is collecting a career-high 23.1 points, 10.9 rebounds and 5.5 assists per game this season.