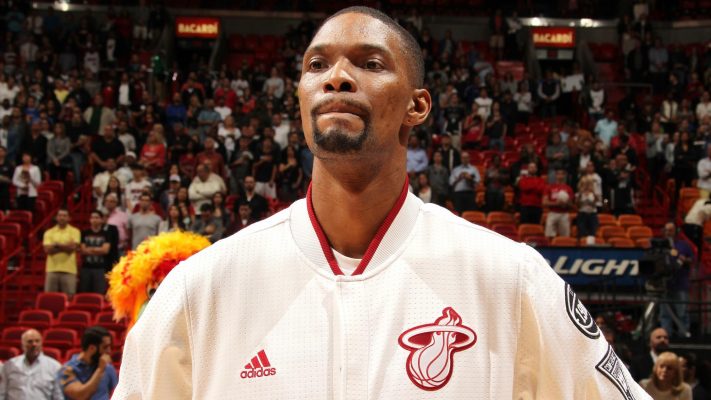 Two-time NBA champion Chris Bosh is hoping to return back to the NBA with possibly LeBron James in Los Angeles, however, with his physical condition of blood clots and psychological issues, it seems like an uphill battle. In a recent interview with Jackie MacMullan of ESPN, Bosh explained his uphill battle with anxiety that continued when he signed with the Miami Heat in 2010.

“I was coming from Toronto, a benign situation,” Bosh said. “I figured, ‘All right, people are going to understand why I went, and they are going to like me.’ That’s all I cared about — that people liked me.

In 2011, the video of Bosh walking to the locker room in tears surfaced the internet following the Game 6 loss and forever stayed with him. The video went viral with millions of views and critics calling the former Heat “soft.”

Even though the journey may seem difficult, Bosh has his family and support to turn it around. He has been getting help for years and a return back to the NBA has yet to be ruled out. Heat Nation will be cheering for Bosh to overcome these obstacles.
[xyz-ihs snippet=”HN-300×250-TextnImage”]

Alex is an avid sports writer and has been dabbling in college and pro sports for almost a decade. With his extensive knowledge and experience, his work has been seen across USA Today, Yahoo Sports and much more. If he’s not playing sports, you’re likely to find him writing about them.