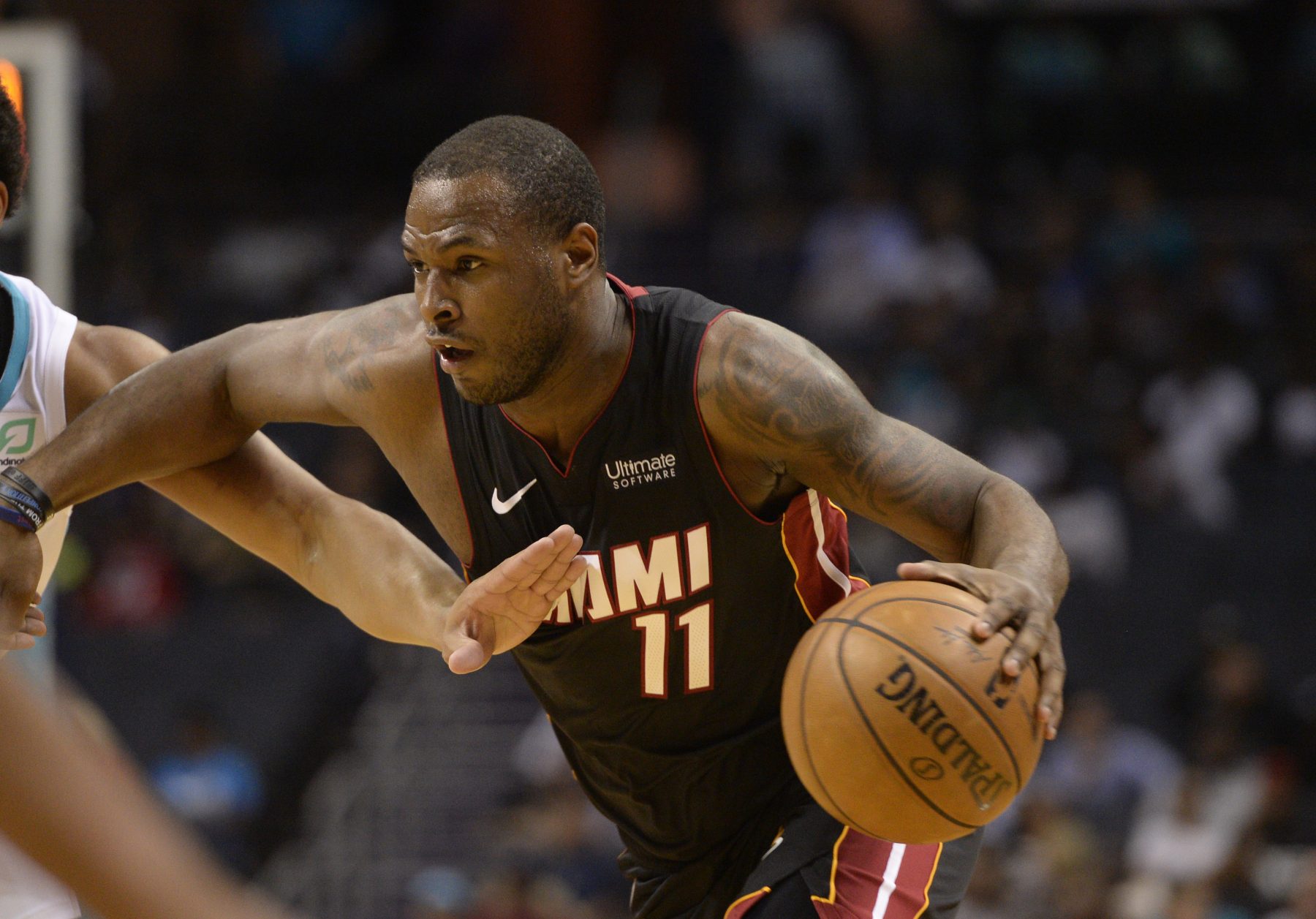 In the wake of Miami Heat guard Dion Waiters being suspended for opening night, a former NBA player has apparently dismissed Waiters while showing some support for a 19-year veteran who isn’t on any team’s roster right now.

Anthony was undoubtedly one of the league’s best players about a decade ago, as well as one of the more dynamic scorers in modern NBA history.

But his game declined precipitously while with the New York Knicks, causing then-team president Phil Jackson to publicly discuss the prospect of trading the former Syracuse University standout.

Anthony had spent the past two seasons with the Oklahoma City Thunder and Houston Rockets, but shot just 40.4 percent from the field during that span.

As of now, he is not on any NBA team’s roster, and apparently no squad has as much as reached out to him about a possible roster spot.

Waiters was suspended for the Heat’s regular season opener against the Memphis Grizzlies on Oct. 23, as Heat team president Pat Riley cited “a number of unacceptable incidents” over the past week.

carmelo anthonychanning fryeDion WaitersFeaturedJamal Crawfordmiami heatNews Ticker
← Previous Story Dion Waiters Laughs at Idea That Tyler Herro Is Better Than Him
Next Story → Jimmy Butler Sees Himself in Tyler Herro: ‘He Don’t Give a Damn’