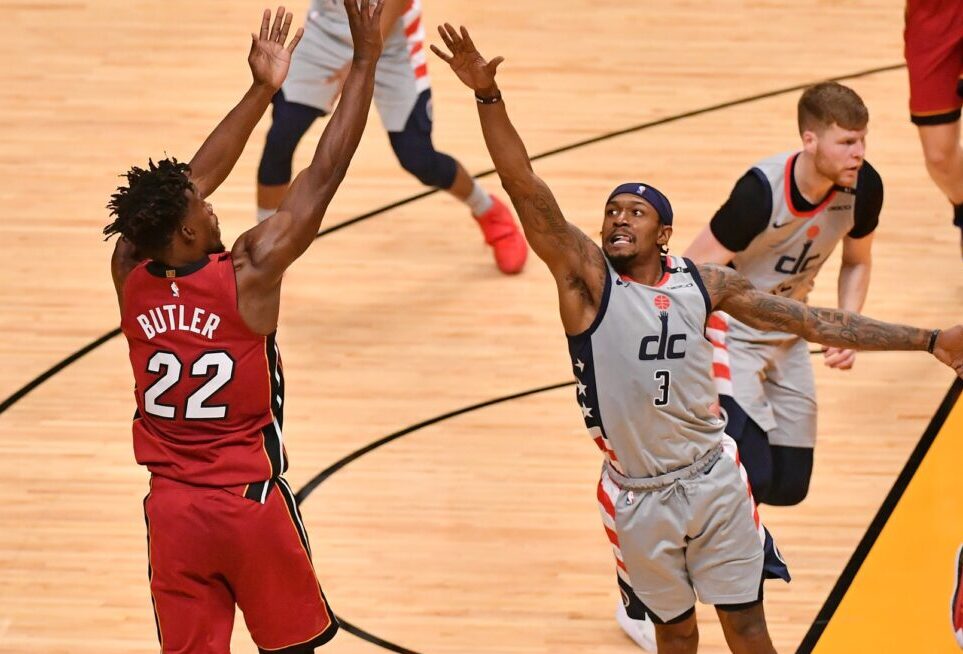 On the other side, it appears Beal has high respect for the Heat as well. The veteran recently praised Heat All-Stars Bam Adebayo and Jimmy Butler.

“The have big, mobile guys like Bam,” Beal said. “Bam can guard one through five.

“So my biggest thing was just making sure to try to keep Bam out of as many pick and rolls as possible.”

In addition, Beal lauded Butler for being an authentic leader and true winner.

“Jimmy is an unbelievable player,” Beal said. “He’s a star in our league, a true leader.

“It’s always competitive when we play. He always just wants to win, whatever it looks like.”

The Heat and Wizards faced off on Wednesday.

The Wizards edged out the Heat by a score of 103-100. The Wizards, who have the second-worst record in the Eastern Conference, were without the services of superstar Russell Westbrook on Wednesday.

The loss dropped the Heat’s record to an underwhelming 7-14. They are still finding their rhythm with Butler rejoining the squad after missing several games due to COVID-19 protocols.

As for Adebayo, he’s putting up a career-high 19.9 points and 5.3 assists on top of 9.4 rebounds per game this season.