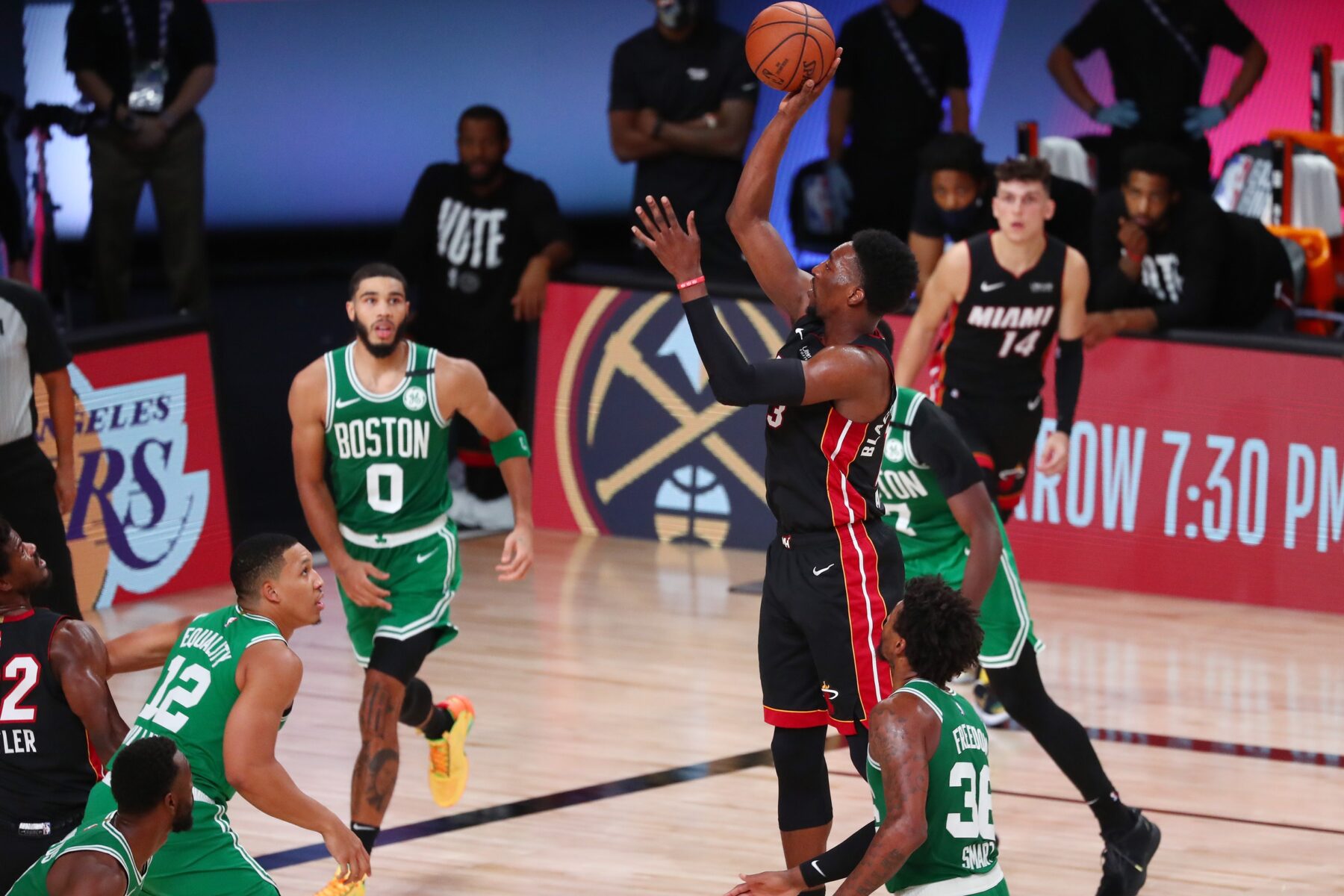 Bam Adebayo has been a major reason why the Miami Heat have the advantage in the Eastern Conference Finals, and Boston Celtics forward Grant Williams knows it.

The two have known each other since they were both high school standouts, but that hasn’t kept Williams from being incredibly impressed by the Heat All-Star.

“Back when we were younger, he was somebody you could predict where he’s going, maybe take a charge or be in position. As a guy as strong as myself I was able to be physically not be pushed around as much. But now you kind of have to guard a lot of different things. His hook shot from his right hand. He’s explosive going both ways. He’s able to not only physically muster his way through, but also athletically he moves I think a little bit better than he used to, as well. He’s kind of got his body in shape.”

Adebayo was seen as a player who could possibly take a leap forward in his progression heading into the 2019-20 season. However, few predicted that he’d become an All-Star and loft himself to be considered amongst the best bigs in the league.

“Yeah, he’s a super talented player,” Williams said. “He’s a guy I’ve known my whole life. He does a good job of playing with the guys around him. He’s surrounded by a bunch of shooters, so when you get so focused on them, next thing you know, it opens up slips or fake handoffs for him, and Kelly [Olynyk] and guys like that.

That’s where he finds himself now after averaging 15.9 points, 10.2 rebounds and 5.1 assists per game in the regular season.

He’s improved upon his scoring so far in the playoffs. He’s averaging 17.7 points per game thus far in the postseason.

He also had what was arguably the most memorable play of the playoffs thus far when he stonewalled Celtics star Jayson Tatum at the rim to seal the Game 1 victory in the conference finals.

There’s no doubt that Adebayo is ahead of schedule in his ascension to NBA stardom. That fact would be backed up even further if he succeeds in leading the Heat to a berth in the NBA Finals this season.