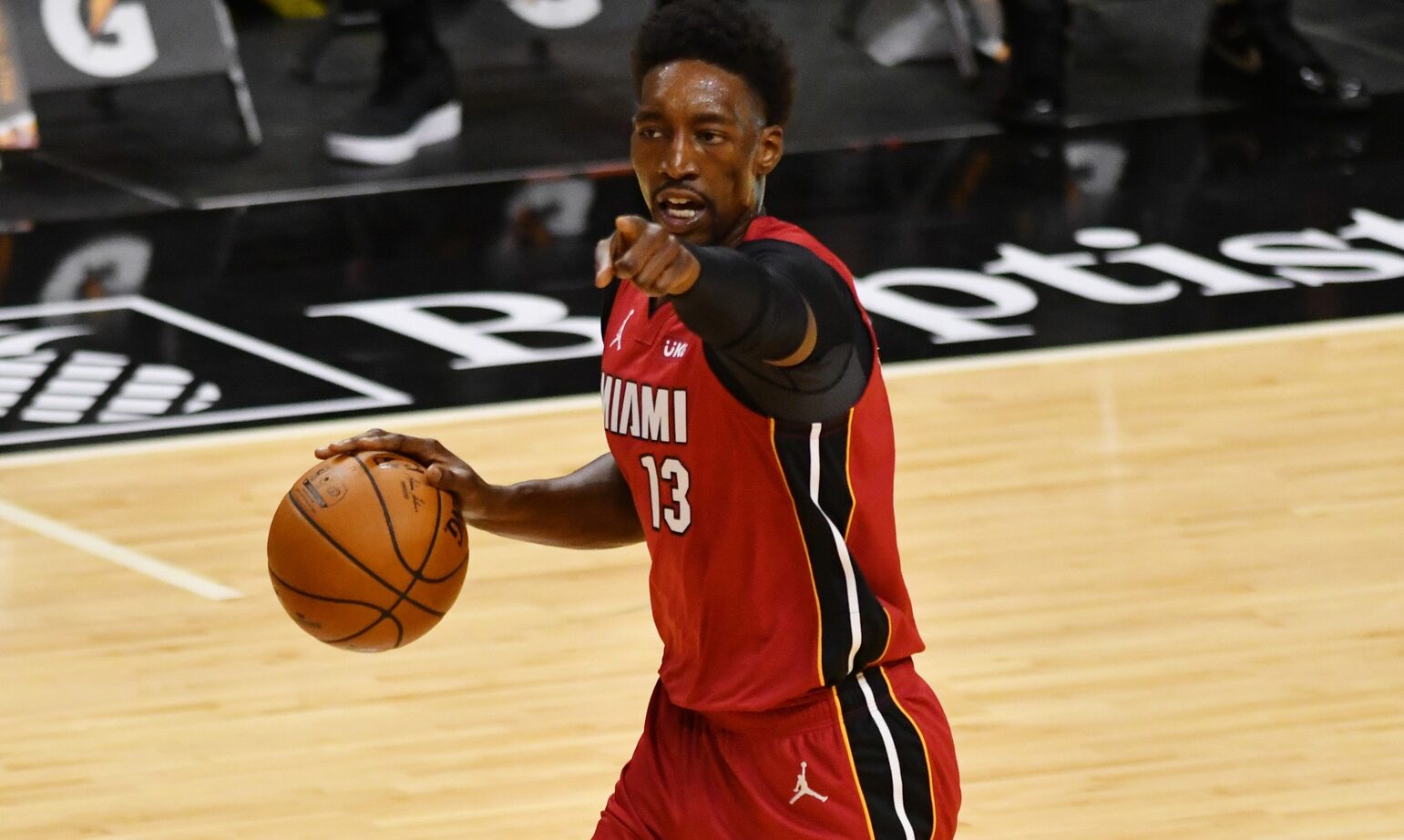 Miami Heat big man Bam Adebayo is speaking as a leader for the Heat this season.

“I mean,” Spoelstra said, “his first couple of years, he didn’t say a whole lot.”

Adebayo, who signed a max contract extension this past offseason, burst on the scene during the 2019-20 season.

“And each year,” Spoelstra said, “he’s getting a more comfortable.”

He was huge for Miami all season, and Spoelstra believes that has made him more comfortable as a leader during the 2020-21 campaign.

“I’m enjoying this process of seeing him grow as a leader.”

Adebayo helps lead Miami on both ends of the floor, as he is more than just a scorer.

He anchors Miami’s defense this season with the injury to Meyers Leonard, and his teammates are following his lead.

“You definitely hear his voice now, a lot more this year than in the past,” center Kelly Olynyk said. “He’s grown into it.

“He’s out there, he’s doing pretty much everything that the game asks of him. And to hear his voice and to know that he’s locked in, we’re kind of just following his lead in a lot of things, whether it’s offensively, defensively.”

Adebayo has been even better this season, as he is averaging 19.6 points per game in 28 appearances this season.

His rebound numbers have dipped slightly from last season, but the 23-year-old is taking the next step in his game.

“And you see a lot of that leadership in his demeanor and his aggressiveness and how he’s been preparing for the game and the season and the year,” Olynyk said of Adebayo. “You can really see him take leaps and bounds. And it’s kind of unfolding under everybody’s eyes.”

The Heat haven’t gotten off to a great start this season after making the NBA Finals last season.

Still, Spoelstra commended Adebayo’s vocal leadership and believes that the University of Kentucky product is realizing how much he can affect the game and his team with it.

“He’s taken a step forward with his voice,” Spoelstra said. “He’s earned that in the locker room. And like all the great players in this league, you understand that you can really move the needle with your leadership as much as you can with your play.”

The Heat are currently 13-17, but they have won their last two games against the Sacramento Kings and Los Angeles Lakers.

As the Heat continue to get players back and healthy, Adebayo’s leadership will continue to be more important to Miami’s potential postseason success.