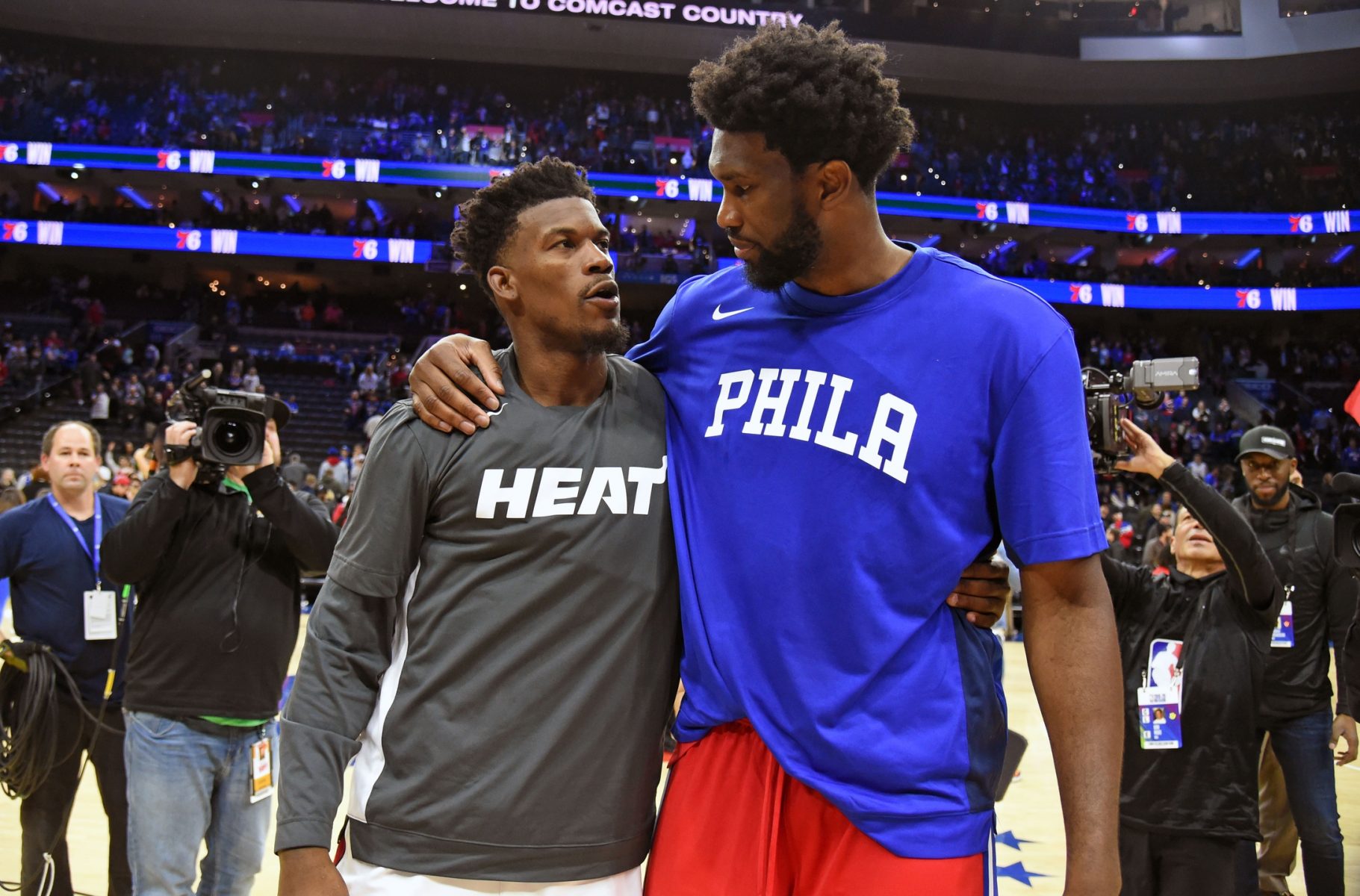 The Philadelphia 76ers could be on the brink of starting another rebuild after getting swept by the Boston Celtics in the first round of the playoffs.

It has been reported that Sixers head coach Brett Brown is expected to be on his way out, and it is possible some of the Sixers’ core could follow.

One Western Conference coach believes that if the Sixers trade either Ben Simmons or Joel Embiid, the Miami Heat would be a good team to try to move the latter to.

“If I were a new coach, I’d like to coach them together for a year first before trading either, but if I had to pick, I’d trade Embiid,” one Western Conference coach told HoopsHype. “I think Simmons is more versatile. I’d just surround him with shooters and open the floor up like Milwaukee for Giannis [Antetokounmpo]. There can be more creativity with Simmons on the offensive end. I would try to trade Embiid to Miami and get some of their young, hungry shooters and guards like Tyler Herro, Kendrick Nunn, Duncan Robinson, etc. Ideally, I’d get Bam [Adebayo], but I doubt Miami would trade him. I am a big believer in Simmons’ motor and defensive versatility. He reminds me a lot of a young Jason Kidd. He’s got incredible open court speed and is an elite passer, but is an average ball-handler in tight spaces and a poor shooter. He has elite defensive hands with incredible defensive instincts and strength.”

The Heat may not have an immediate need for Embiid, with first-time All-Star Adebayo currently headlining the frontcourt.

However, adding a perennial All-Star and Defensive Player of the Year candidate in Embiid may be hard for Miami to pass up. After all, the Heat reportedly have “huge acquisition plans” for the rest of Jimmy Butler’s tenure with the team.

Butler and Embiid were teammates briefly in Philadelphia last season. Only time will tell if the two will pair up in Miami.