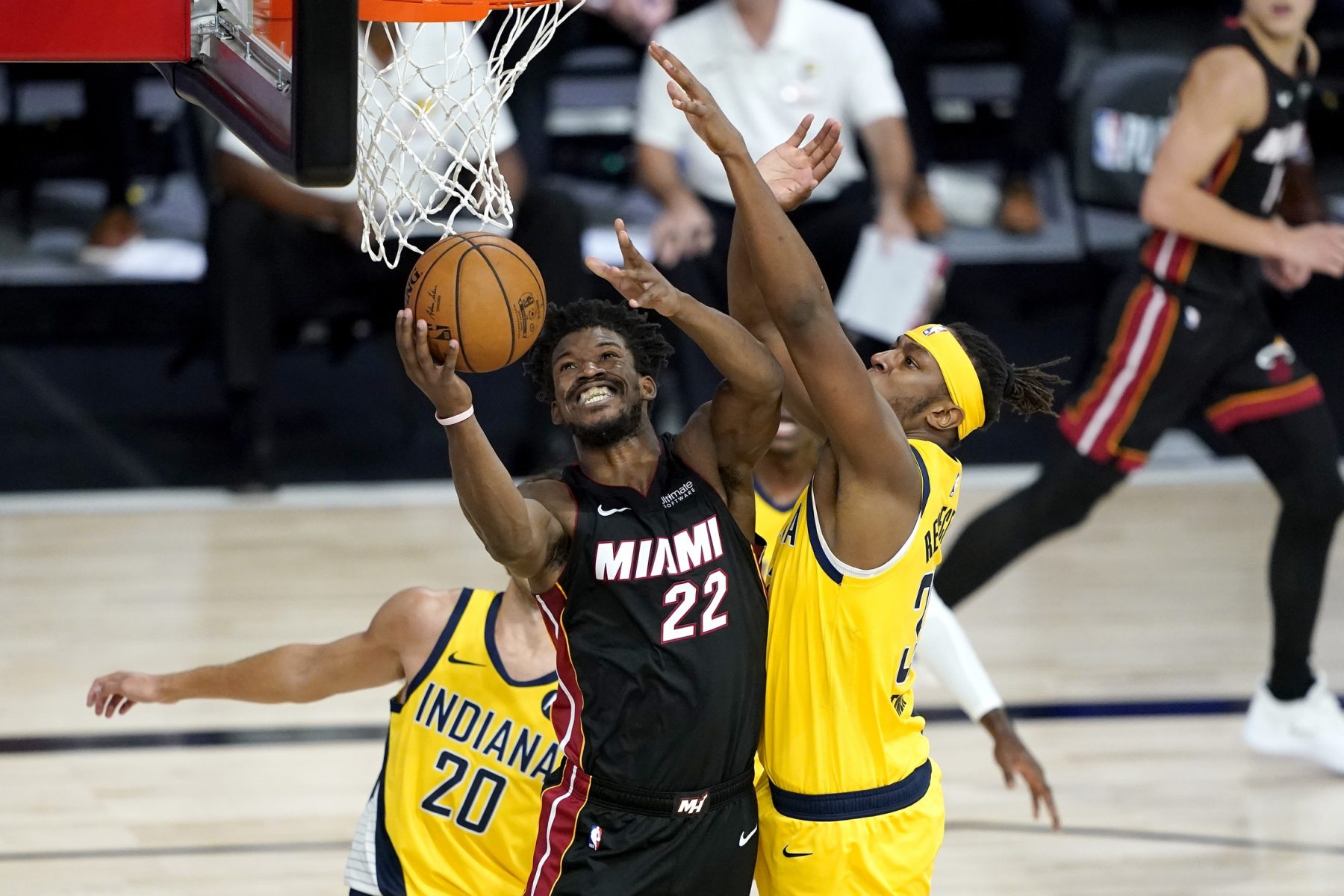 According to ESPN’s Brian Windhorst, the future of the Heat appears to be an exciting one as they build on Butler’s presence in the lineup.

“Meanwhile, elsewhere in the bubble, Jimmy Butler has the Miami Heat believing they not only have a shot at stealing the Eastern Conference this year, but they have huge acquisition plans for the rest of Butler’s four-year deal,” wrote Windhorst. “Pat Riley and Erik Spoelstra love Butler’s mindset and how it has led to the Heat rising up into a group of overachievers.”

Bam Adebayo became an All-Star this season, but in order to be competitive in the coming years, the Heat need to swing big either in the free agent market or via trades.

Nevertheless, though Miami was believed to be an All-Star away from being a legitimate title contender prior to the start of the 2019-20 season, Butler’s leadership and work ethic have turned them into a dark horse candidate to win the East now.

After Thursday’s 109-100 beatdown of the Indiana Pacers in Game 2 of their first-round series, the Heat are a step closer to achieving that goal. Butler scored 18 points to go along with seven rebounds and six assists.