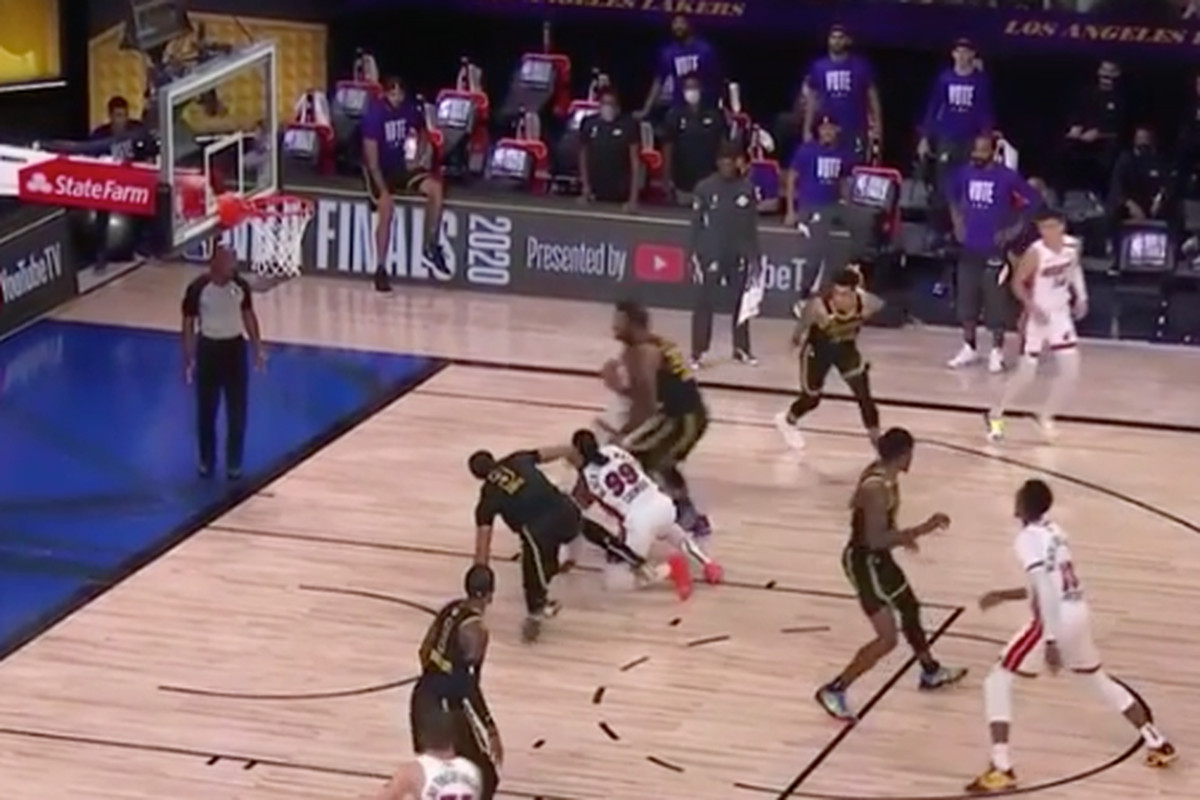 Davis hit Crowder in the face as he was getting up on a play, prompting the NBA to review the play.

However, the league reportedly will not punish Davis for the incident.

Official response from the NBA on this shot to the face of @CJC9BOSS from Davis: “We review every play in the games from all angles and there was nothing further to do with this.” https://t.co/7cCMt9dYsZ

It is a tough break for Miami, as Davis’ potential absence could have helped the Heat in Game 6 on Sunday.

However, the Heat will have to beat the Lakers at full strength if they want to force a winner-take-all Game 7.

Miami should be riding high after its 111-108 Game 5 win. It will be interesting to see if the NBA and the Game 6 officials are on high alert for any potential cheap shots from either team.