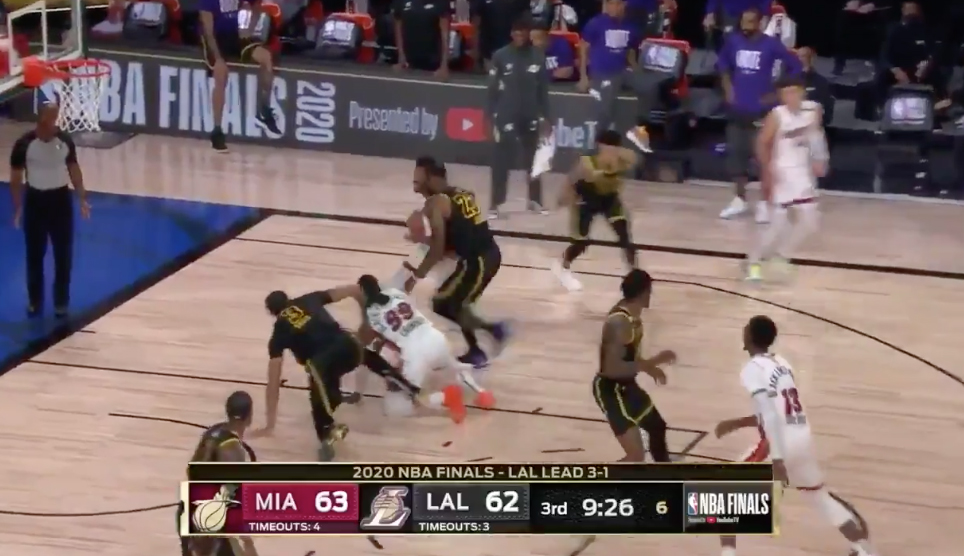 After Los Angeles Lakers Anthony Davis hit the Miami Heat’s Jae Crowder during Friday night’s Game 5, the punch appears to be much more egregious than the Draymond Green punch from the 2016 finals that led to a crucial suspension.

A comparison of the two punches can be seen below, with Davis thus far escaping any punishment by the NBA for the hit that took place early in the second half of Miami’s 111-108 victory.

Here is a better look at Anthony Davis hitting Jae Crowder in the face, and shown in comparison to Draymond's suspension-worthy crotch punch in 2016: pic.twitter.com/lYScUROVEY

At the time that Green was suspended for one game during the 2016 finals for his punch at LeBron James, Green’s Golden State Warriors held a commanding 3-1 advantage in the series. However, James and his Cleveland Cavaliers team not only won the game in which Green was suspended but also became the first NBA team ever to win a title after trailing 3-1 in the finals.

Entering Friday night’s game, the Heat were in the same situation as the Cavaliers and have taken the first step by extending the series to at least Sunday night’s Game 6.

One aspect of the Davis-Crowder incident that works in favor of Davis is that Green’s problem with being assessed technical fouls during the 2016 playoffs played a key role in his suspension.

Davis has not had any previous issues during this year’s postseason, but the blatant punch could make the NBA look at the situation more closely.

During Friday night’s contest, Davis suffered a heel injury that potentially put his status for Game 6 in question, but the veteran forward is expected to play.