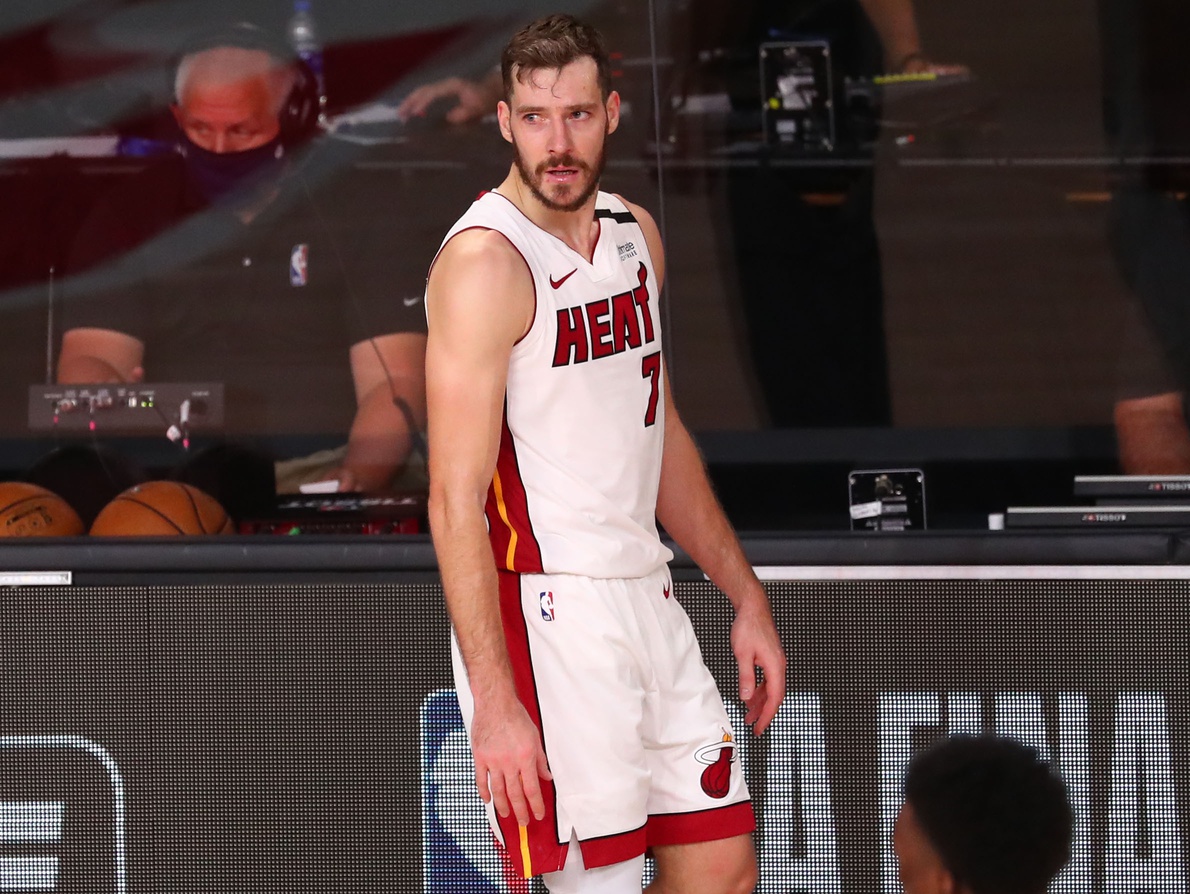 With just hours to go before Game 5 of the 2020 NBA Finals, the Miami Heat have sadly announced that point guard Goran Dragic will once again be out with injury.

Dragic tore his plantar fascia in Game 1 of the series and has not managed to suit up since despite his efforts.

It is of course a blow to the Heat, who have been without one of their most potent offensive weapons for the lion’s share of the series.

Dragic is averaging 19.9 points, 4.6 assists and 4.0 rebounds per game in the postseason.

Dragic has shown incredible determination to try to play in the series, but the injury is proving to be too much.

After all, players miss weeks of playing time due to a torn plantar fascia under normal circumstances.

With the Heat facing a 3-1 deficit, they will look to win Game 5 and extend the series.

If they do, there’s no doubt that Dragic will give it a go to play in Game 6.