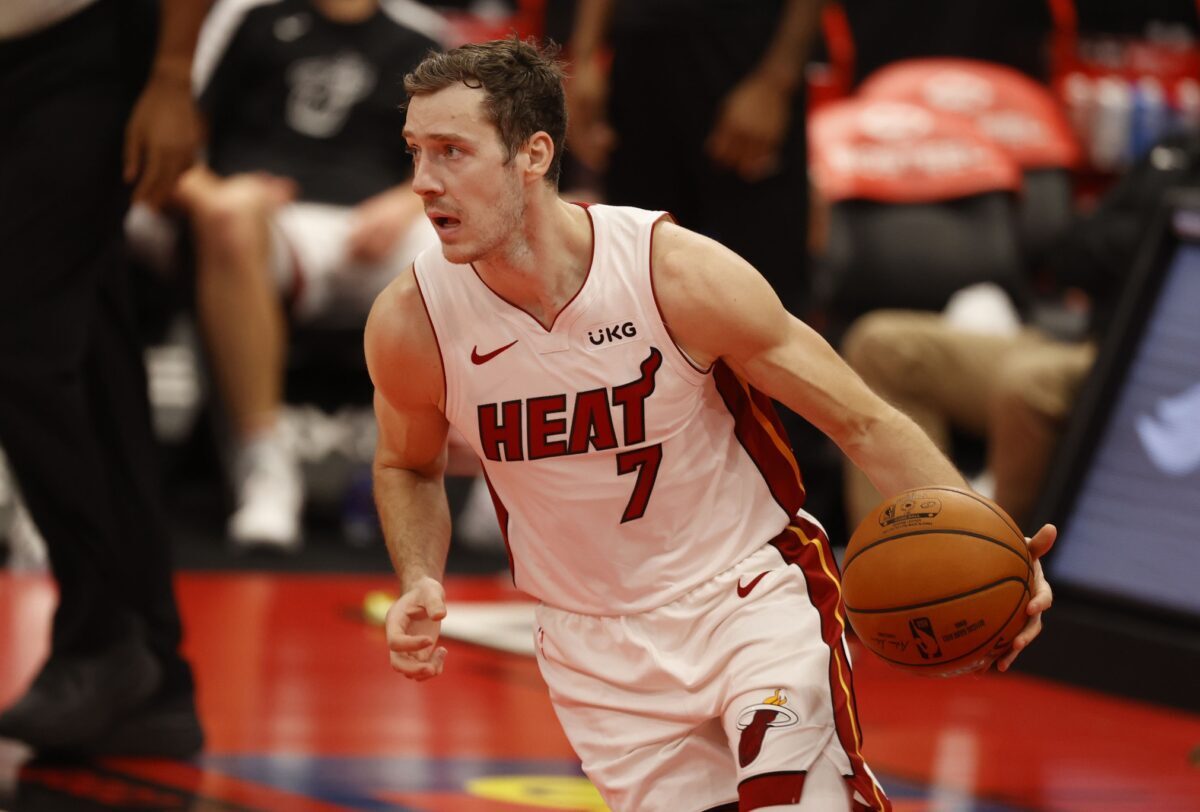 Veteran guard Goran Dragic will be out of the Miami Heat’s Sunday afternoon game against the New York Knicks.

Jimmy Butler is listed as probable, and four others are also listed as out.

Dragic suffered his sprained ankle during the Heat’s matchup against the Washington Wizards on Friday night and was forced to leave the game with nine points, four assists and three rebounds in 22 minutes of action.

Butler only recently returned to the court after sitting out because of the NBA’s COVID-19 protocols.

The Knicks have cooled off after their 5-3 start to the season and have dropped 10 of their last 15 contests.

However, the Heat continue to struggle with both injuries and absences related to COVID-19.

They enter Sunday’s contest with an 8-14 record.

Friday night’s 122-95 victory over the Wizards snapped a two-game losing streak and a stretch of seven losses in their previous eight games.