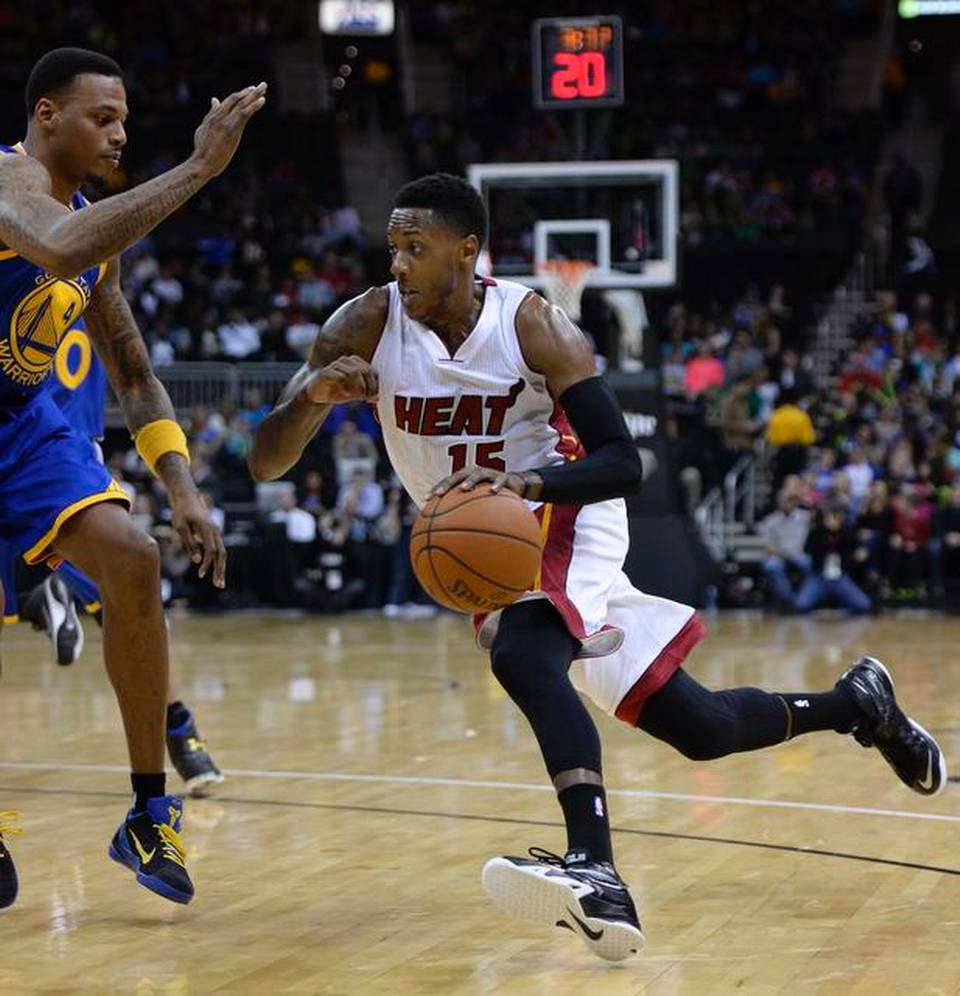 After their strong start out of the gates, Miami has struggled to remain consistent, losing four out of five games from November 12 to November 20, including losses to the Indiana Pacers and Milwaukee Bucks. However, they have gotten back on track with three wins in their last four games, including a thrilling victory against the Charlotte Hornets on an impressive go-ahead fade-away from All-Star Chris Bosh.

“It’s all about having patience,” Luol Deng articulated after the win against Charlotte. “Everybody in the locker room really believes in what we can be…There’s going to be ups and downs, but it’s really about every day everybody’s coming in and sticking with it.”

Deng’s offense has proven to be an indicator of success for Miami. They are an impressive 5-1 when Deng scores at least 14 points, and only 3-5 when he scores 13 or less. His All-Star teammate Dwyane Wade has been sidelined for the past seven games with a hamstring injury, but has noticed and appreciated the effort from his teammates.

Great win tonite fellas.. I’m proud of the way @mchalmers15 has played this season and especially since I’ve been out. #MIP #HeatNation

Mario Chalmers responded in kind with appreciation for Wade’s recognition.

Chalmers has averaged 20.0 points and 7.0 assists over the course of the past six games, something that will be quintessential if Miami hopes to reach their full potential.

Bosh is back on track, averaging 26.7 points and nine rebounds per game over the past three games. In the four-game stretch prior to that, he was scoring only 13.5 points with six rebounds per game.

“Sometimes you have to see your mistakes to know that you can do a lot better,” Bosh said after last Friday’s practice. “Guys have to really jump off that bridge and just trust each other and know they’re going to get caught if they make a mistake.”

The Warriors are coming to town as the league’s best team, topping both the ESPN and NBA.com power rankings for this week. Golden State is on a five-game winning streak and point guard Steph Curry is averaging 22.6 points, 7.8 assists, 5.5 rebounds and 2.2 steals per game in the young season.

David Lee has been in-and-out of the lineup for the Warriors, but will not play on Tuesday, November 25 against the Heat, and will be out until at least December. Fellow Warriors big man Andrew Bogut suffered an orbital contusion in the team’s last game but should play tonight.

Looks like Andrew Bogut will play tonight vs. Heat. He participated in shootaroiund (has an orbital contusion)..

Norris Cole will play tonight with a splint on his non-shooting hand. Cole acknowledges that the splint will affect his play, “dribbling, catching the ball, everything. It’s basketball, you use your hands.”

Cole and Chalmers look to lead Miami’s frontcourt against Curry and Klay Thompson who are averaging 45.0 points per game combined. New head coach Steve Kerr has his team rolling and has positively influenced Golden State’s early-season turnover woes. In their five-game win streak, the Warriors have been averaging only 12.4 turnovers per game, a significant decline from the first seven games, where they gave away 21.9 turnovers per game.

Miami will need scoring from role players, not just Bosh, Cole, and Chalmers. When they have scored over 100 points, Miami is 5-1. When they’ve scored 93 points or less, they are 0-5. These numbers should prove particularly indicative of how the game turns out against the high-octane Warriors offense. Kerr’s team has put up a blistering 106.5 points per game and given up only 96.4 points per game. Golden State already has three games having scored above 120 points (Los Angeles Lakers, twice, and the Los Angeles Clippers).

Miami looks to get above .500 against Western Conference teams, sitting currently at 2-2 with back-to-back wins in early November against the Minnesota Timberwolves and Dallas Mavericks.