Miami Heat vs. Cleveland Cavaliers Game Preview: The King Returns in a Critical Game for the Heat 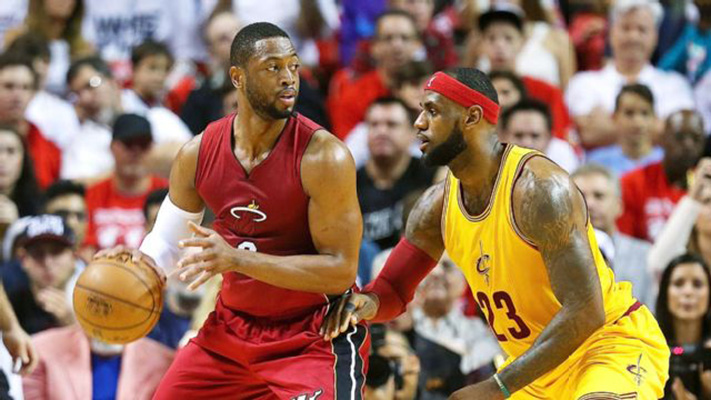 (Miami, FL) – With only 17 games remaining on their regular season schedule, the Miami Heat (29-36) will continue to fight for their playoff lives on Monday night when they take on the Cleveland Cavaliers (43-25) in LeBron James’ return to South Beach. The game, which will be televised nationally on ESPN, is slated to tip off shortly after 8:00 pm ET at American Airlines Arena.

Currently possessing the same record as the Boston Celtics, the Heat are only a half game back of the eighth-seeded Charlotte Hornets (29-36) in the Eastern Conference. As “King James” returns to a city in which he led the Heat to four straight NBA Finals appearances, the pressure is on Miami to make it back to the postseason.

“Their team has just been up and down obviously with the injuries, trades and things of that nature,” said James on his former team. “They’ve got a lot of guys over there with championship DNA, so that’s all that matters.”

Dwyane Wade, who is averaging 28 points per game over his last five games, was not active the last time the Heat played the Cavs on February 11th, a 113-93 blowout loss to Cleveland at Quicken Loans Arena. Despite not being able to have Chris Bosh on the court with him to square off against James’ Cavs, Wade is ready for the challenging road ahead.

“Wherever LeBron goes, attention follows,” Wade said. “The excitement of beating him and beating his teams is always going to be there. They’re a totally different team the last time we played them (in Miami). We’re a team fighting for the playoffs.”

However, as the Cavs head into the final game of their four-game road trip, All-Star point guard Kyrie Irving continues to steal the spotlight. As of late, Irving has averaged 37.3 points per game and has shot a ridiculously efficient 38-60 (63.3 %) from the field in his last three games.

“Someone did ask me, `What do you do for an encore for (San Antonio)?’ I didn’t have a good answer,” said Cleveland Cavaliers head coach David Blatt on Irving’s phenomenal stretch of games. “But 12 for 15 from the field, 33 points in 34 minutes, that’s a pretty good encore.”

In order for the Heat to have a shot at winning this crucial game, they must find ways to slow down the Cavs’ high-powered offense and dangerous three-point shooters, including shooting guard J.R. Smith and power forward Kevin Love. It is highly important that Wade, Goran Dragic and Luol Deng provide sound defense consistently throughout the game, otherwise the Cavs will not hesitate to constantly drain three pointers when given the momentum.

Miami will need to control the glass and attack the paint with Hassan Whiteside, as the Heat have stated that they will take an approach to get the ball in his hands more frequently. Whiteside, who is a double-double machine in 2015 (12.8 points, 12.8 rebounds and 2.5 blocks per game following the NBA All-Star break), definitely has the potential to be the next great center in the league.

“We were watching some film and sometimes we miss him on the play,” Dragic pointed out. “Now, the teams, they’re preparing for him, because he’s so dominant, and sometimes it’s hard. We just need to figure out those things and try to put him in the right positions so we can make those plays for him and he can make plays for us.”

If the Heat want to gain a huge confidence boost to close out the regular season, knocking off James and his white-hot Cavs (24-5 since January 15th) will absolutely provide the spark that Miami needs.
[xyz-ihs snippet=”Responsive-ImagenText”]