Heat vs. Cavaliers Game Recap: Cavs Offense Too Much to Overcome 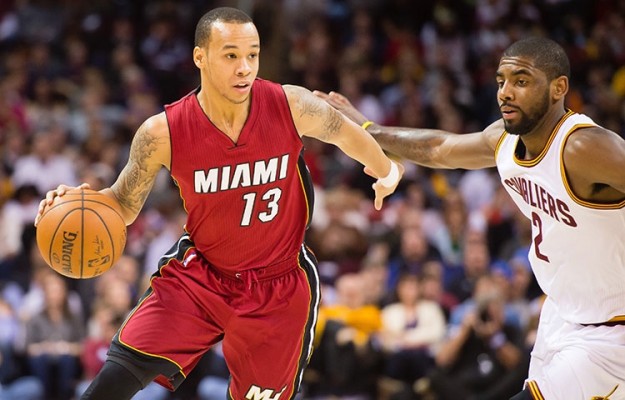 (Cleveland, OH) — LeBron James and the Cleveland Cavaliers made sure that they would not fall to the Miami Heat for the second time this season as the Cavs overpowered Miami in a good old-fashion blowout, 93-113.

James, who paced the Cavs with 18 points, 10 rebounds, and seven assists, said this game was a bit different than the two teams’ previous meeting.

“There’s still going to be memories when I see my guys, anyone of the teammates I had when I won a championship or even lost a championship because we gave so much to each other and we sacrificed so much,” he said. “But obviously what we’re trying to do here is get better and we don’t want to waste an opportunity – and it starts with me.”

The Heat made several runs throughout the game, particularly at the end of the second quarter and in the middle of the third quarter, but the offensive firepower of the Cavs proved to be too much as seven Cavs players scored in double figures on the night.

Miami had four starters score in double figures, however received a total of just 26 points from seven other players. It also didn’t help that the Heat shot just 40.5% from the field, while letting the Cavs shoot a blistering 56.4% including 40% from three.

Miami continues to struggle without their offensive leader in Dwyane Wade, who missed his seventh straight game with a strained hamstring.

Chris Bosh, who shot an abysmal 5-17 from the field and grabbed just two rebounds on the night, said, “All I’m asking is to be healthy and have all our guys out there. I can live with the rest. That’s what makes it difficult. If we just have our guys out there and if we can have a unit and consistency in the lineup, that’s all I want.”

One of the few bright spot for the Heat was the play of point guard Mario Chalmers. Chalmers scored 11 points in the third quarter to rally the Heat back to just a 12-point deficit, but the effort proved to be futile. He finished the night to lead Miami with 18 points in addition to three assists and two steals.

The Heat get a much-needed 9-day All-Star break as they resume on February 20 against the New York Knicks, a game in which they are expecting the return of Wade.
[xyz-ihs snippet=”Responsive-Ad”]