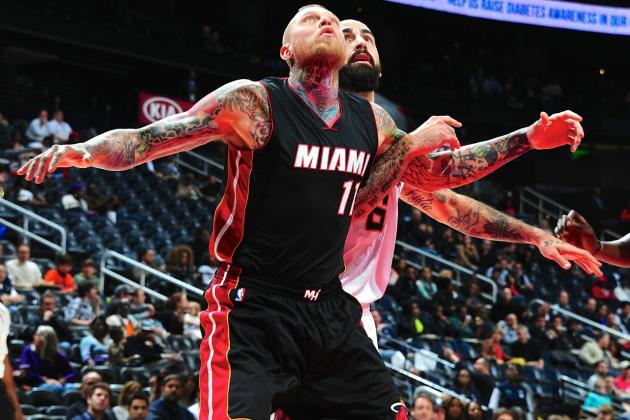 (Miami, FL) — The Miami Heat (9-8) are back home on Wednesday night, this time to face the Atlanta Hawks (10-6) for the second time this season.

The last time these two division rivals met was the first time this season that the Heat were unable to take the lead at any point during a game. The second was in Monday’s miserable performance against the Washington Wizards. Coming off such a dreadful defeat, the Heat will have to recoup fast in order to grab a win against the fourth-ranked Hawks. It will be their final chance to secure a much-needed home victory for over a week, with five road games to follow.

On the other hand, the Hawks faced a very apt Boston Celtics team Tuesday night, but still managed to pull out a win, putting up 109 points against the Celtics’ 105, and adding a third game to their win streak. Kyle Korver led the team, scoring 24 points and going six for seven from three-point range. Paul Millsap also scored an impressive 19 points. Although the team got off to a slow start, the Hawks rallied hard in the second half and came back against the Celtics. Atlanta is currently averaging 27.5 points in the fourth quarter, the best in the NBA.

However, Atlanta coach Mike Budenholzer was disappointed in the Hawks’ underwhelming first half.  Budenholzer expressed his worries that his team’s strong finishes will not always be able to carry the team through the game when they play more challenging opponents.

“You can’t do this on a regular basis. You can’t dig a hole and come out of it. I think it speaks to the resiliency of this group, but you can’t keep doing it.”

In their last meeting against the Heat, the Hawks played an excellent offensive game, shooting 56% from the field on 33 assists. The team, who was at the time undefeated, had eight players score in the double digits. The Heat didn’t fare as well, but still had four players score at least 19 points, with Mario Chalmers leading the charge.

Of course, during their last matchup, the Heat were without franchise hero Dwyane Wade and power forward Josh McRoberts. Since his return, Wade has scored 47 points in two games for an average of 23.5 points per game, a hopeful sign for the future of Miami’s so-so season.

When the two Southeastern powerhouses meet in Miami on Wednesday, it will be tough to tell who will come out on top. With Atlanta ranked sixth offensively and 17th defensively, it wont be easy for Miami, who is ranked a mere 15th on offense and a dreadful 27th on offense. Wade offered a familiar explanation to the team’s subpar performance.

“I don’t think we’ve gotten the defense we’ve wanted all year. We’re still fairly new; a lot of the guys are still confused with a lot of the things we are trying to do.”

Although D. Wade definitely raises a point, Miami’s defense is hardly the only element the team is lacking this year. While the Heat scored an average of 102.2 points per game last season, they are only averaging 95.7 points this season. If Atlanta is able to keep Miami under triple digits during Wednesday’s game, it seems unlikely that Miami will be able to keep up with the soaring Hawks. Wade continued in his post-game interview on Monday to address the challenges the Heat will face against the Hawks Wednesday night.

“We haven’t been consistent on home court. We’ve got a very good offensive team coming in so we have to get a disposition defensively, especially at home to win this game. Teams are defensively taking things away from us, and we gotta figure out how to still be effective defensively. Our point total has been going down the last couple of games, so we still have to find a way to score the basketball as well. We’ve always been a very good home team. We’ve lost a lot of games at home that we shouldn’t have lost. Even if we haven’t played well we have to find a way to win those games.  You just gotta find a way to win. You can play well and lose. You can play bad and win. I don’t care how you win. It’s all about the bottom line. You’ve just gotta win.”

Tip-off is set for 7:30 PM EST on FSSO and SUN sports.
[xyz-ihs snippet=”Responsive-Ad”]