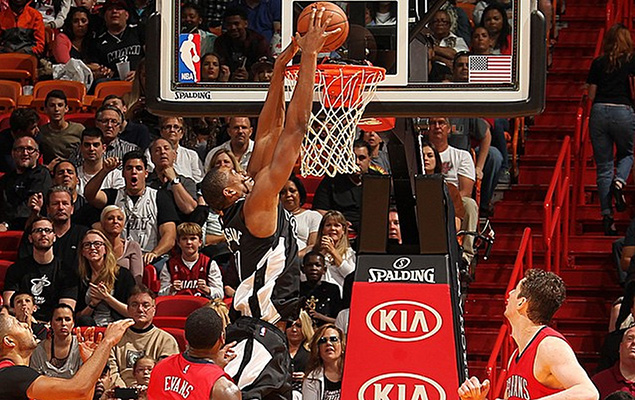 From the highest of high’s to the lowest of low’s, the Heat entered Saturday’s matchup against the New Orleans Pelicans emotionally unstable to say the least, and it translated on the court.

Just a couple hours after finding out that starting power forward Chris Bosh would miss the remainder of the season with multiple blood clots in his lung, the Heat started the game flustered and out of sync.

Miami missed their first five shots of the game and ended the first quarter scoring just 14 points, seven of which came from guard Mario Chalmers, who finished the night with a team-high 20 points on 9-13 shooting.

Point guard Goran Dragic, who made his Heat debut, failed to record a single bucket in the first two quarters as he shot an abysmal 0-5 from the field.

“We have some work to do,” Spoelstra said. “It looked like we were strangers out there. We can fix that.”

The Pelicans, who lost the services of both Anthony Davis and Ryan Anderson in the first half, would rely on guard Eric Gordon, who scored a game-high 24 points, including six three pointers from the field.

The third quarter saw the Heat get blitzed as the Pelicans went up 63-46 at the start of the third quarter, but the combined efforts of Chalmers and Dragic kept the Heat within striking distance.

Dragic scored 10 of his 12 points in the third period.

The closest Miami would get for the rest of the game was when they would go on an 11-2 run in the middle of the fourth quarter to cut the lead to 92-78 with six minutes to go.

Center Hassan Whiteside notched his fifth 15+ rebound game of the season as he finished the night with 11 points, 16 rebounds, and five blocked shots.

The Heat, who were clearly showing signs of chemistry issues, look to redeem themselves as they take on the lowly Philadelphia 76ers on Monday night at American Airlines Arena.
[xyz-ihs snippet=”Responsive-ImagenText”]