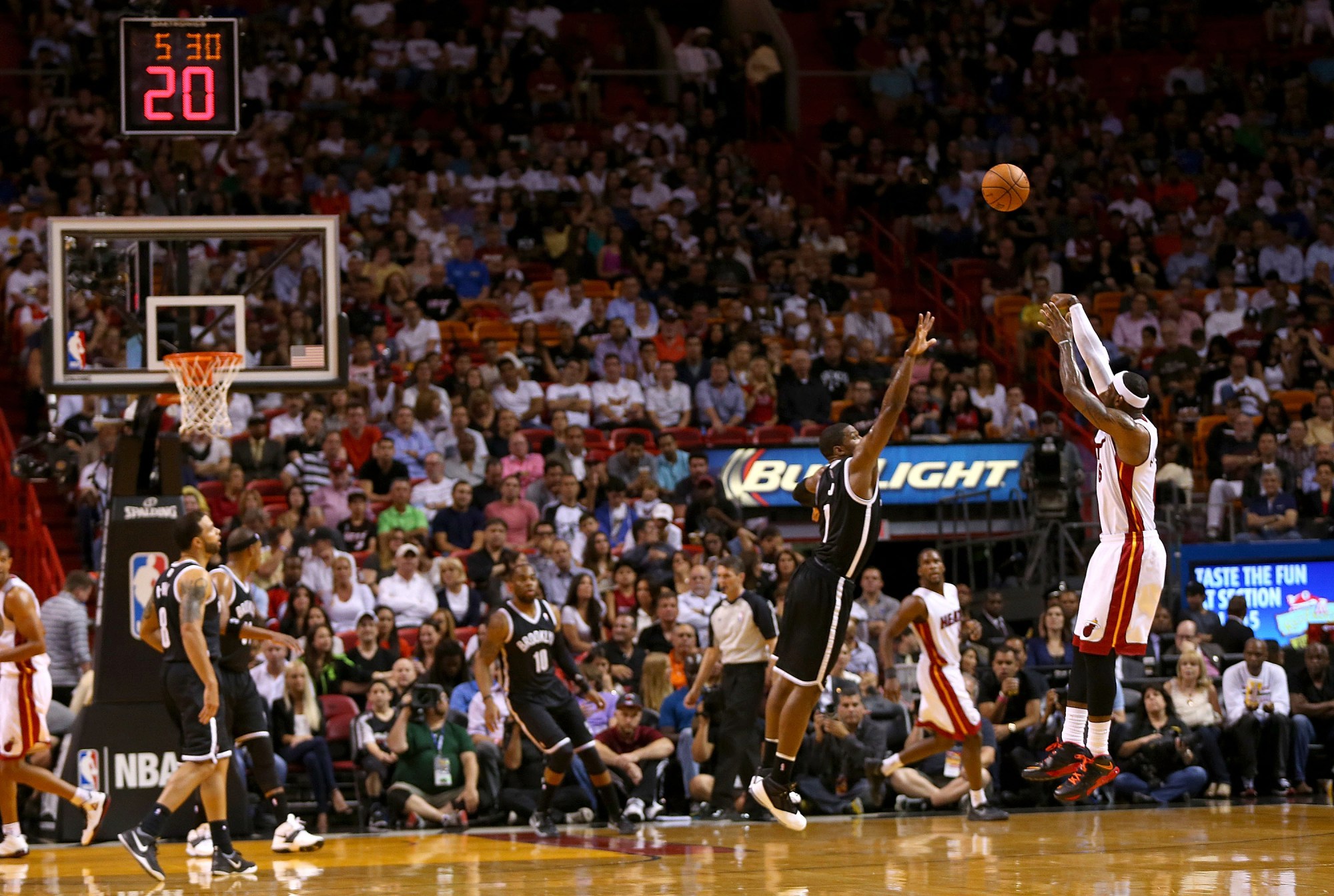 Two games into the Eastern Conference Semifinals and the Miami Heat have found themselves in familiar territory.  After dominating Games One and Two at the American Airlines Arena and winning both meetings by double-digits, the Heat are now up 2-0 against the Brooklyn Nets.

Per usual, LeBron James shouldered the scoring load for Miami with 22 points in Games One and Two, but a balanced offensive attack has been the potent elixir to Miami’s success against a Nets team they couldn’t seem to figure out all season. Miami has had five players in double figures in the first two games of the series and it seems like Ray Allen has finally bid farewell to his shooting slump.

When Brooklyn Nets head coach Jason Kidd was asked about his thoughts on Allen, he responded with, “You can consider Ray one of the greatest shooters of all time, you know, with Reggie [Miller]…Ray’s a competitor, he’s a world champ, he enjoys this stage and he knows what it’s all about and the first two games he’s been big for them.”

Defense has been another ingredient attributed to the Miami’s early success, as they have held Brooklyn to just under 45 percent from the field through two games. If Miami can continue to play solid defense in Game 3, they should see continued success, even in a hostile environment like Brooklyn.

James reiterated an attitude that has made the Heat so successful over the past few years, “Game Three is our next step in trying to get better. We go in with the same mindset as we did for game three in Charlotte, where if we get to our game and we don’t turn the ball over…we give ourselves a great chance to win.”

Moreover, on the interior, Brooklyn seems to have no answer for Chris Bosh, who has been able to contribute on the boards as well as score 33 points through the first round thus far. Kevin Garnett will have to put forth a much more concerted effort of containing Bosh or it will be more of the same for the Nets. Expect Kidd to get creative with his matchups in an effort to spark some kind of reaction from his team.

However, if one could pinpoint the root of Brooklyn’s struggles, all fingers would point towards Deron Williams, who was held scoreless in Game Two. Although Williams is relied upon to distribute the ball to guys like Paul Pierce and Joe Johnson, he must remain a high-level scoring threat for the Nets to stay competitive.

Kidd told the media after the loss that he was happy with the looks Williams got and the tone he set for his team, saying “We’ll look for him to bounce back in Game Three with making shots, but I thought the overall game he played was really good.”

Brooklyn desperately needs to defend their home court if they have any chance of making this a series, as no team in NBA history has ever come back from a 3-0 playoff deficit, and only three teams have even been able to force a Game Seven when trailing three games to none.

The Nets will mainly look to Johnson and Pierce to carry the scoring load, as a majority of the Nets stars have largely been held in check a la Kevin Garnett, who has only scored four points through the first two games.

A key thing to note here is that Brooklyn is a team that likes to grind it out and win low scoring games, usually in the mid 80s or 90s, so unless they can find a way to slow down the Heat offense, they will be looking to avoid a Heat Sweep in Game Four.