Heat vs. Magic Game Preview: Heat Look for Win No. 2 in Dragic Era 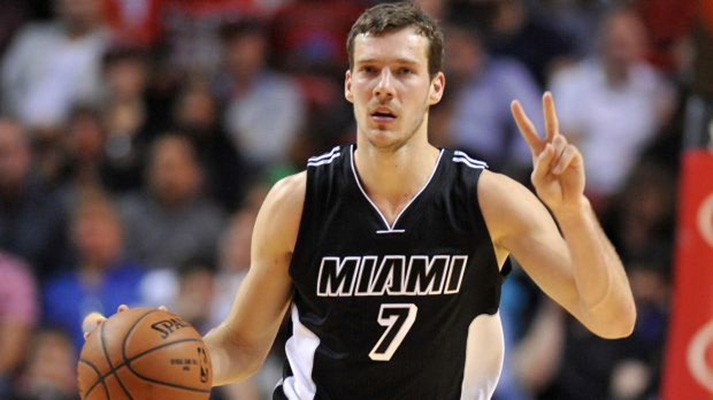 (Orlando, FL) – After their 119-108 victory over the Philadelphia 76ers on Monday night, the Miami Heat (24-31) will square off against the Orlando Magic (19-39) on Wednesday night at Amway Center, with the tip-off scheduled shortly after 7:00 pm ET.

Goran Dragic, who seemed to struggle in his first game with the Heat, redeemed himself on Monday night when he recorded a double-double (23 points and 10 assists) to go along with two steals in the victory.

“He’s picked up the offense fast and how to play with guys fast,” said Dwyane Wade on Dragic’s strong game. “He’s only going to get better.”

Heading into Wednesday’s game versus the Magic, Luol Deng will also look to build off of his stellar performance against the 76ers in which he led all scorers with 29 points. Notably, when Deng scores at least 20 points in a game, the Heat are a perfect 8-0 so far this season.

The Magic, who continue to remain near the bottom of the Eastern Conference for almost all of the season thus far, have strung together a three-game winning streak. Under their new head coach James Borrego, who replaced Jacque Vaughn after he was fired, the Magic have gone 4-2 and will try to win their 20th game of the season.

“He’s doing a great job and making sure that (defense) is the emphasis,” said point guard Victor Oladipo on the team under Borrego. “If we play defense like that and swarm like that, we’re really good. We just gotta keep buying into it and make it a consistent thing.”

A matchup that is worth keeping an eye on is Hassan Whiteside against Magic center Nikola Vucevic, who scored 31 points and 14 rebounds in Orlando’s 103-98 win over Philadelphia on Sunday. On the other spectrum, since January 3rd, Whiteside has recorded 11 double-doubles (including one triple-double) in a 19-game span.

The race for the final two seeds in the Eastern Conference is hotter than ever at this point in the season, as Miami is currently one of six teams within only 2.5 games of each other in the standings. If the Heat want to separate themselves , they need to find some consistency going forward, given Miami has not won back-to-back games since January 23rd-25th.