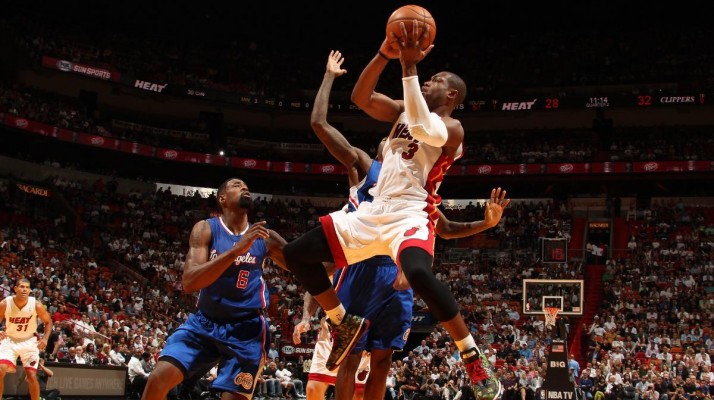 The Heat began their five-game West Coast road trip with a 99-83 loss to the Portland Trail Blazers on Thursday night. Despite leading the entire first half, Miami fell apart during the third quarter when they were outscored 33-16 in the period. The Blazers shot 59 percent while the Heat shot 33 percent from the field in the decisive quarter.

The third quarter has been an issue for the team throughout the season. Over their last three losses alone, the Heat have been outscored 102-46. Coach Erik Spoelstra stated that playing well for the majority of the game won’t be enough to win games in this league:

“It’s simply not enough. We need a breakthrough in those moments. We have to find a way. Tonight it was simply a matter of not playing hard enough during those minutes when they made their run. Look, we’ve seen this movie. We can play with anyone, anywhere, in any building for 42 minutes. That ain’t enough in this league.”

Playing well for 48 minutes hasn’t been the only issue for Miami this season—rebounding continues to doom the team as the Heat were beat on the boards by a count of 13-3 in the third quarter.

Luol Deng, who went 3-of-11 and scored just seven points in the loss, echoed that the team lacks consistency:

“I thought we played well in the first half. We just have to play 48 minutes. We haven’t done that. We have shown we can play well, but we haven’t shown we can sustain that.”

While the Heat began their road trip with a loss, the Clippers have been on a hot streak lately. Los Angeles has won six of their last eight contests, including a 120-100 victory over the Dallas Mavericks on Saturday. It was their second straight blowout victory, after disposing of the Los Angeles Lakers by 25 points on Wednesday night.

Chris Paul, who had 17 points and 13 assists in the victory over Dallas, cited pace as one of the reasons for the Clippers’ victories recently:

“We’re playing a lot more instinctively, running and getting rebounds. Even if other teams score, we’re pushing the pace. That’s a really good team we beat and proved what we’re capable of.”

The team was aided by an all-around effort, as five other Clippers scored in double-digits. Blake Griffin led the way with 22 points on 11-of-15 shooting, while Jamal Crawford scored 19 points off of the bench.

Clippers coach Doc Rivers enjoys the way his team has been playing, as he stated in the postgame press conference:

“I don’t know what it says, but I like it. Offensively, we never turned it off. We played downhill the entire game.”

Sunday’s game between the Heat and the Clippers marks the second and final meeting between the two teams this year. Los Angeles defeated Miami earlier this season on November 20 when they knocked off the Heat in a 110-93 blowout at American Airlines Arena. Miami got off to a bad start in that game as they fell behind 39-15 after the first quarter.

Griffin and Paul had 26 points apiece, while the Heat were led by Chris Bosh’s 28 points. Dwyane Wade sat out the loss due to a hamstring injury.

During that defeat, Miami started Norris Cole at point guard and Shawne Williams at power forward. The team has seen a shift in its starting lineup since, as Mario Chalmers now starts at the one position while Chris Andersen starts at power forward.

The Heat will look to get their first victory on this road trip out West as they have an upcoming games versus the Los Angeles Lakers, Golden State Warriors and Sacramento Kings.

The game is set for a 3:30 EST tipoff and it will be broadcast on Sun Sports.
[xyz-ihs snippet=”Responsive-Ad”]