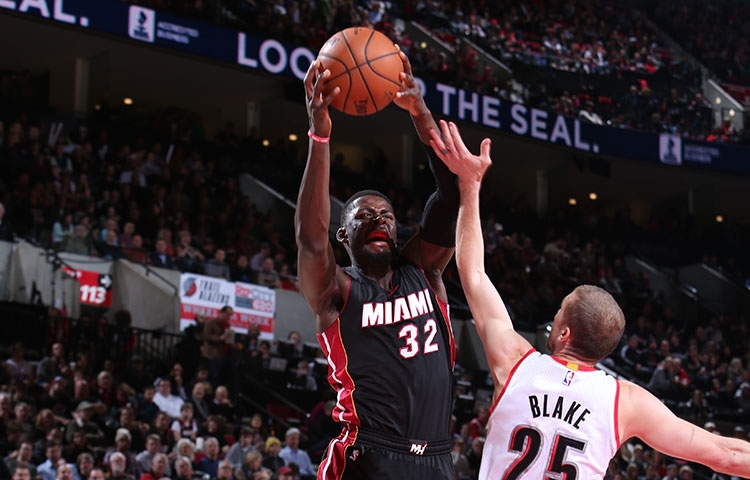 (Portland, OR) — Miami Heat head coach Erik Spoelstra said it perfectly, “Look, we’ve seen this movie. We can play with anyone, anywhere, in any building for 42 minutes. That ain’t enough in this league.”

The Heat have now lost five of their last six games and a common theme seems to be recurring: second half struggles.

After putting together an impressive first half, up 48-43 against the Portland Trail Blazers heading into the locker room, Portland came out in the third quarter and simply blitzed Miami.

The Heat were outscored 33-16 in the third quarter as their lead quickly evaporated in large part due to Damian Lillard and Wesley Matthews, who combined for 34 points and five three pointers on the night.

“I think we got back to our tempo. In the first half, we kind of played at their pace,” Matthews said.

Dwyane Wade finished the night with 23 points for Miami but made two critical errors in the fourth quarter to seal the door shut on any chance at a comeback.

The lone bright spot for the Heat was the once again the play of center Hassan Whiteside, who continues to impress. Whiteside finished the game with 10 points, eight rebounds, and four blocks in just over 18 minutes of action, which begs the question: why isn’t Whiteside being given more playing time?

Starter Chris Andersen, who finished the night with just five points and three rebounds, saw almost 24 minutes of action, while Udonis Haslem recorded a DNP on the night.

“It’s simply not enough. We need a breakthrough in those moments. We have to find a way. Tonight it was simply a matter of not playing hard enough during those minutes when they made their run,” Spoelstra said.

As Spoelstra continues to experiment with his rotations, one thing is certain: Whiteside is averaging the most blocks in the NBA per 48 minutes and at times tonight looked like the best defender on the floor.