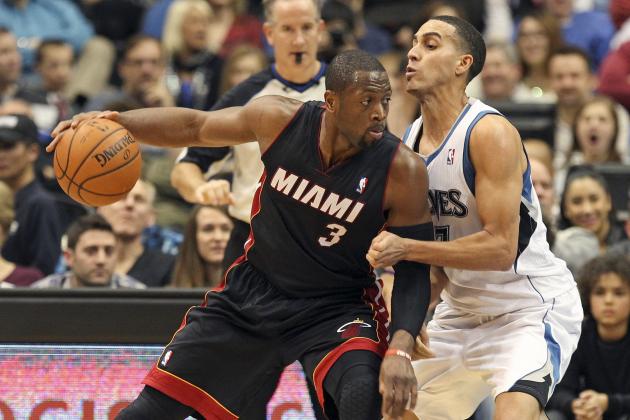 (Miami, FL) — The Miami Heat (3-2) host the Minnesota Timberwolves (2-3) at the American Airlines Arena on Saturday night as they look to end a two-game losing streak.

After beginning the season 3-0 and the last Eastern Conference team undefeated, the Heat have now dropped two straight. The streak began innocently enough versus the unbeaten Houston Rockets last Tuesday night, before Miami lost to the Charlotte Hornets, 96-89, on Wednesday night.

Coach Erik Spoelstra believes the Heat have been on the losing end of things lately due to their rebounding and lack of effort:

“The Charlotte game was the perfect example where anybody had a chance in the fourth quarter and those games are often decided by everything in between. Not the schematics, or your offense, but the 50-50 balls, the offensive rebounding, the extra effort plays, they caught us on all those possessions, especially the entire game, and that really was the difference.”

Miami was bested on the boards by Charlotte by a count of 49-to-36. On the offensive boards, the Hornets grabbed 13 rebounds, while the Heat grabbed just six.

Rebounding has been a major issue for the team through the first five games of the season. A large part of that has been due to the absences of Chris Andersen, Udonis Haslem and Danny Granger. Andersen has played in just two games this season while Haslem and Granger have yet to appear in a single contest.

“Bird was actually able to do most of the practice [Friday]. We held him out of contact. He’s starting to feel better. He got a lot of good conditioning in.”

As far as the status of Haslem and Granger, both will be game-time decisions according to the coach:

“He (Granger) was able to practice for two days so I like that.”He was able to bounce back without any type of residual pain or anything from yesterday so that’s a good sign.”

While the Heat are going through some tough times, the T-Wolves are looking to come off of a painful loss to the Orlando Magic on Friday night. They lost in overtime, 112-103, despite Kevin Martin’s 21 points.

Minnesota has been carried in scoring by the duo of Martin (23.7 ppg) and Thaddeus Young (15.8 ppg). Ricky Rubio continues his ascent in the NBA as he ranks third in the league with 10 assists per game. However, Rubio sprained his ankle in Friday night’s loss to the Magic, and will be re-evaluated before Saturday’s game versus the Heat.

Timberwolves head coach Flip Saunders had the following to say in regards to his star point guard’s injury:

”We’re going to evaluate it tomorrow. They took X-rays; there are no breaks, but he popped it pretty good so we’re going to have to wait and see where it’s at.”

Mo Williams figures to start in Rubio’s place if he’s unable to play.

While Minnesota has had no issue in distributing the ball, the Heat on the other hand, have had major issues. While the team averaged 25 assists in their first three games, they’ve averaged just 17.5 in their last two. Starting point guard Norris Cole has had just six assists in the last three games, including just one in 22 minutes versus the Hornets.

Spoelstra continued to echo confidence in his young guard leading up to Saturday’s game:

“He just needs to play his role, and he’ll be back at it. That’s the one thing about Norris, you know he’s pure and you know his work ethic is outstanding.”

The Heat will hope for better ball movement and the return of some of their front line players for Saturday night’s game. Tipoff is set for 7:30 EST on Sun Sports.
[xyz-ihs snippet=”Responsive-Ad”]