Report: Goran Dragic leaning towards playing in Game 4 vs. Lakers 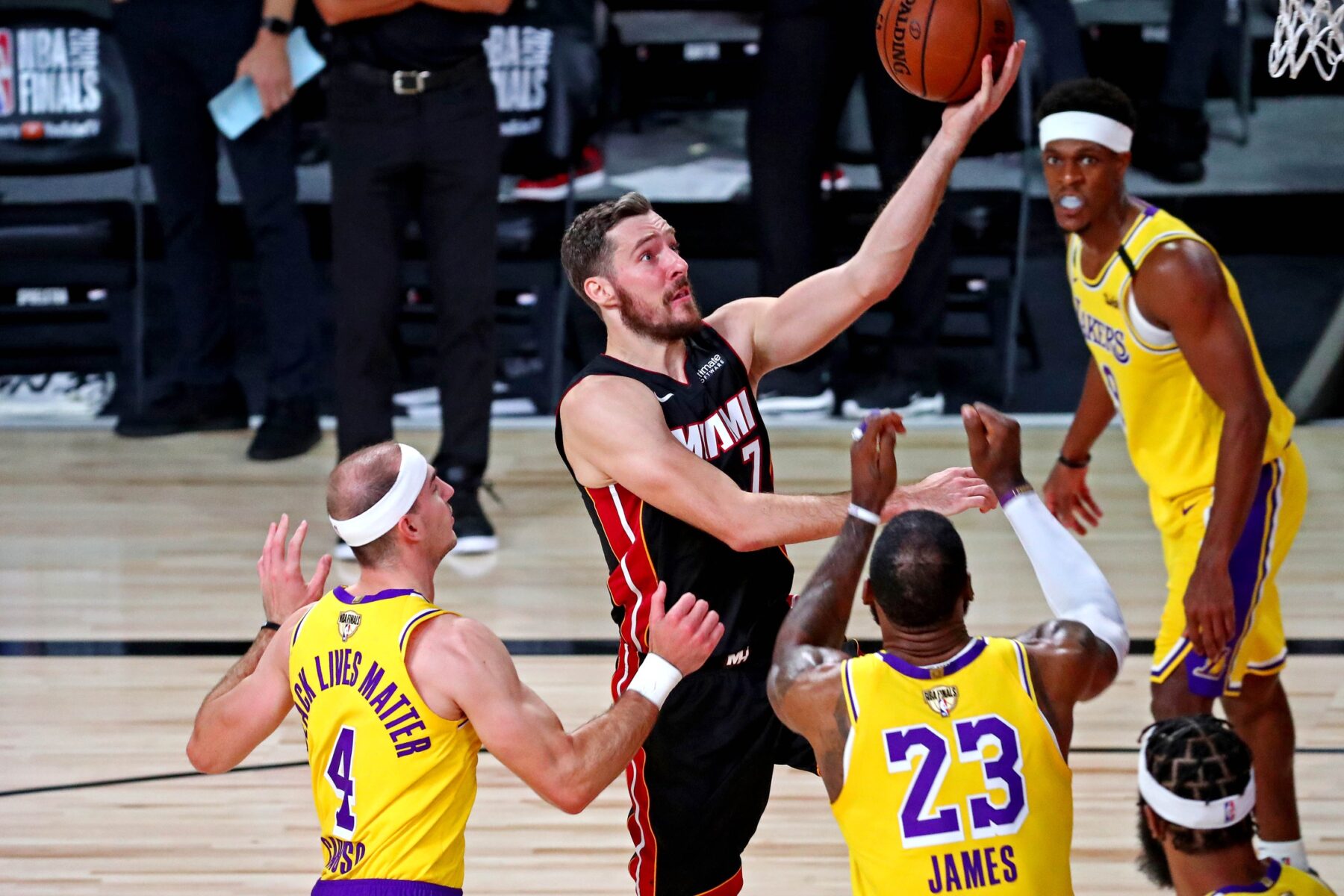 The Miami Heat reportedly already have Bam Adebayo back in the lineup for Game 4 of the NBA Finals against the Los Angeles Lakers.

Now, there’s a chance that Goran Dragic could play too.

Dragic, who has a torn plantar fascia in his foot, reportedly will attempt to warm up and play in a pivotal Game 4 on Tuesday night.

Miami Heat guard Goran Dragic will warm up before Game 4 of NBA Finals tonight to attempt to play, sources tell @TheAthleticNBA @Stadium. If Dragic can tolerate pain with torn plantar fascia in foot, he will play.

If Dragic is able to suit up, it would be a huge boost for Miami.

The Heat are coming off of a huge Game 3 win in which Jimmy Butler put up a 40-point triple-double.

Dragic’s return would certainly help the Heat offense, as he averaged 16.2 points, 3.2 rebounds and 5.1 assists per game during the regular season.