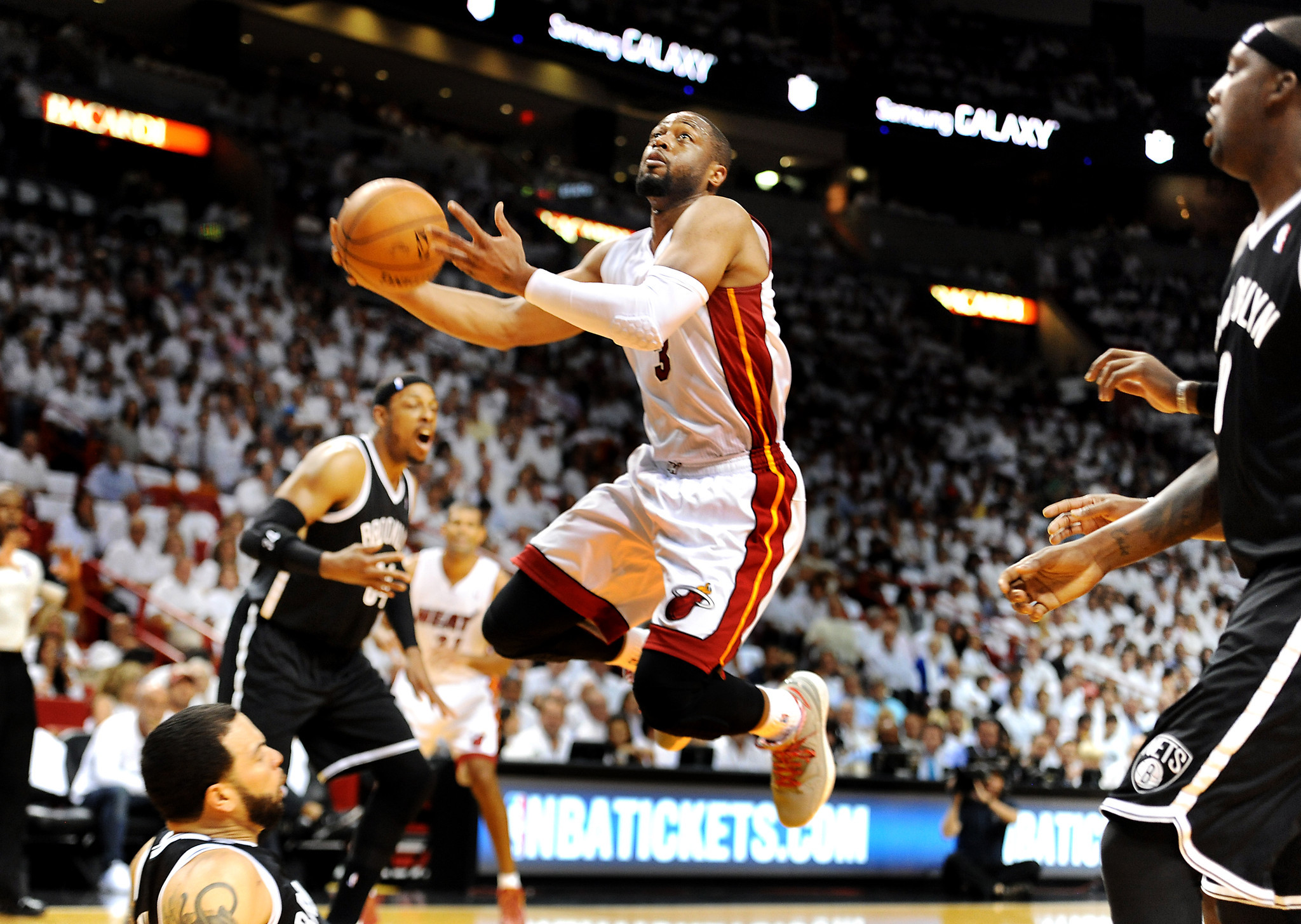 (Miami, FL) — Game two versus the Brooklyn Nets started out like the beginning of a circus act.  Dwyane Wade slipped on what seemed to be a wet spot inside the painted area, only to be one-upped by Shaun Livingston who fell so hard on the exact same spot that he tweaked his knee.

These events would foreshadow what was to come for both teams: sloppy, ugly, grind-it-out basketball.  The Miami Heat crowd seemed dead for most of the first quarter save for a Mario Chalmers to LeBron James alley-oop that we’ve grown so accustomed to seeing throughout the regular season.  Other than that, the first quarter was mostly Brooklyn.  The Heat fell in love with the three point shot and didn’t make a solidified effort to go after the 50-50 balls that head Coach Erik Spoelstra made clear should be a priority come playoff time.

Shaun Livingston, who finished the game with 15 points, five rebounds and three assists, torched Miami for 8 points in the first quarter without missing a single field goal attempt.  And overall, Miami looked lazy and unwilling to work for their buckets, as displayed by their one for eight field goal attempts from beyond the arc.

The second quarter would be the next chapter of this circus act: fun-filled and entertaining.  Mirza Teletovic went off to the tune of five three pointers in the 2nd quarter, four of which were consecutive, all were as pure as the Virgin Mary.  Paul Pierce, who finished with 13 points said of Teletovic, “He’s huge you know, every great team needs that bench player to step up and tonight it’s him.”

Luckily, Miami came out with some heavy duty artillery of their own with James and Chris Bosh, who would combined for 21 points on nine for 14 shot attempts.  At halftime, the Brooklyn Nets led by a point, however, deep down, you knew that the Heat sensed no impending danger, as displayed by their calamity and collectiveness.

The third quarter was no different story as the Heat again fell in love with the three pointer and Dwyane Wade, who finished with 14, seven, and seven, continued to misfire and was 2-8 for only 6 points after three quarters.  The quarter resulted in six lead changes, seven ties and much like the theme in the second quarter, the assaults led by both teams were led by Teletovic, Bosh, and James.  However, this time, Miami received the help of NBA Finals Game 6 hero, Ray Allen.  Allen hit two crucial threes to counter Teletovic and scored 10 points in the third quarter to put the Heat up two entering the fourth.  After the game Coach Spo said of Allen that the “[Heat] had the best actions when Ray was running around, either the threes that he was getting or the action that was forming around him.”

Then came the fourth quarter and theme alert, it was “winning time.”  D-Wade dropped the clutch, slammed the pedal to the floor, and dominated the start of the fourth quarter.  After dropping two jumpers in a row, Wade scored four more points and scored Miami’s first eight of 10 points to start the fourth.  Spoelstra put it perfectly when he stated, “In winning time, the fourth quarter is [Wade’s] best quarter.  He’s special because he impacts the games through other ways than just scoring.”

The game broke wide open when LeBron found Mario Chalmers for a corner three, followed by Ray Allen running off two screens to hit another.  Nonetheless, if one play could sum up Miami’s fourth quarter it was when the Heat grabbed three offensive rebounds on one play, which led to four field goal attempts on one possession for James, who eventually scored an easy layup.

“Patience, keep wearing on em, and get some defensive rebounds,” said James after the game.  Miami is now 6-0 in the playoffs and look to stay undefeated as they face the Nets this Saturday.