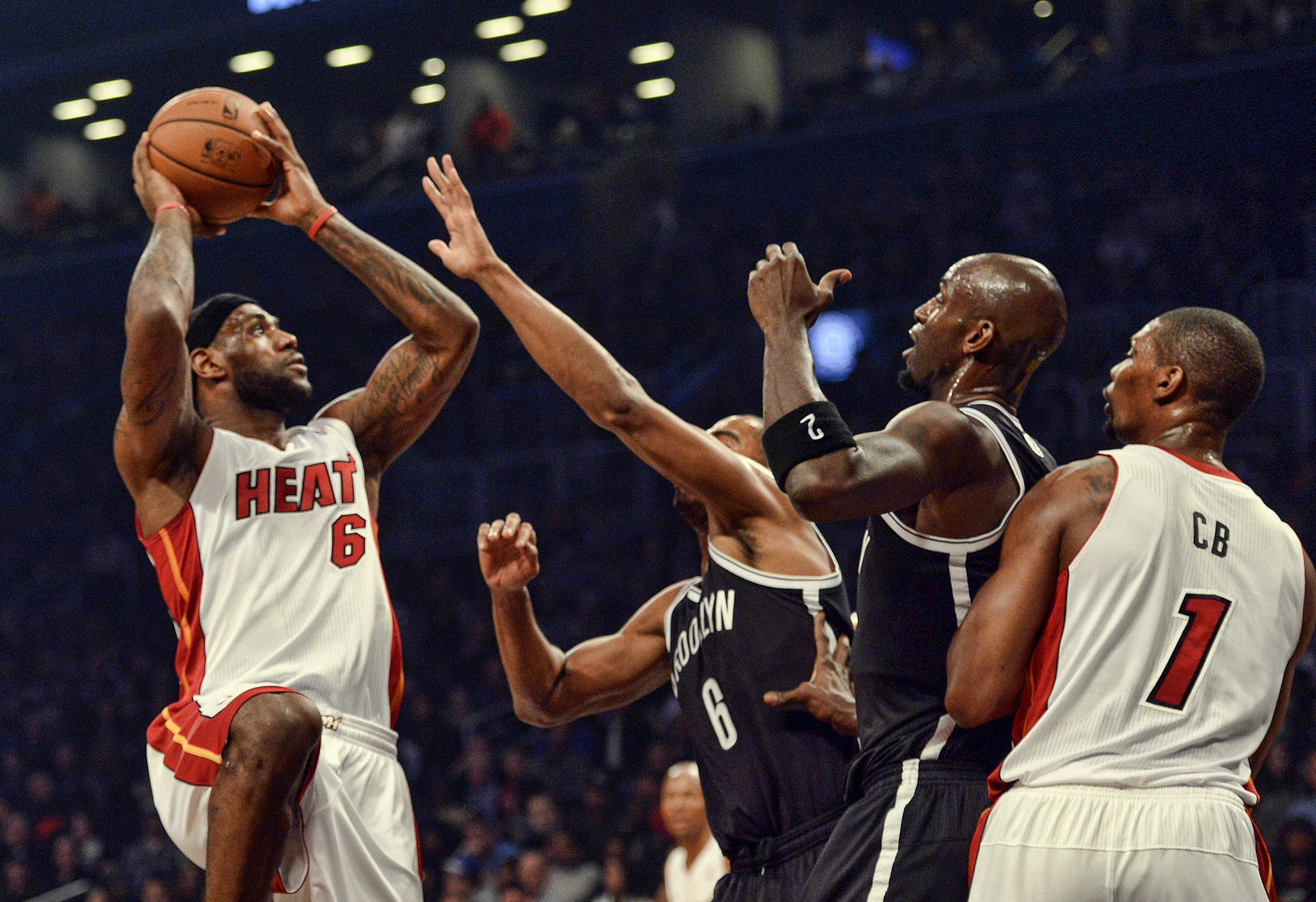 After sealing the deal in an epic do-or-die Game Seven against the Toronto Raptors, the Brooklyn Nets are primed for a post-season rematch with the defending champs.

The Miami Heat have enjoyed a well-deserved respite after sweeping the Charlotte Bobcats in four games, but their upcoming opponent will be a much more challenging prospect. Yes, Charlotte was a top tier defensive squad, but unlike Brooklyn, they lacked the strong guard play that’s necessary to really challenge for a title. Don’t expect the Nets to have the extended scoring droughts a la Charlotte.

The Nets backcourt of Joe Johnson and Deron Williams is longer and taller, and they’re a pair of wily vets who love making things difficult for rival Miami. Speaking of vets who live to give Miami nightmares, veteran small forward Paul Pierce is ready to shake the dust off and get back to work. Despite his team’s 4-0 regular season record against the Heat, Paul Pierce isn’t taking the challenge of beating Miami lightly. Just moments after tallying a Game Seven preserving block, Pierce told ESPN’s Lisa Salters, “[The Heat] are a different team in the playoffs.”  Indeed they are, Paul. Yes, Miami has a penchant for coasting through regular season games and looking disinterested and unmotivated, but the ‘offs are an entirely different animal.

Brooklyn knows LeBron James and the rest of the Heat will not concede these post-season games the same way they may have waved the white flag during the regular season matchups. Miami has the opportunity to three-peat, and while this year’s squad is older and wiser, it’s clear that a key cog, Dwyane Wade, is not the same electrifying player we once knew. Of course, he’s still the Dwyane we love, but he moves differently. He plays the game like a war weary veteran at this point rather than the exuberant young guard that seemed to think he was invincible. Individually, debilitating injuries taught Dwyane he is not immortal, and on a macro level, Miami’s NBA Finals defeat to Dallas several years ago was similarly enlightening. Even as healthy favorites in this year’s playoffs, Miami will not allow themselves to doubt an opponent ever again. Just as Dallas proved years ago, and the Celtics and Spurs squads of recent years, the great equalizer in any game of basketball—let alone NBA basketball—is the three-point shot. 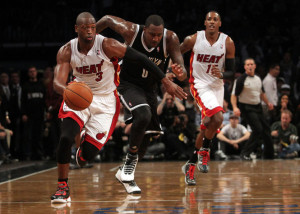 (Photo Courtesy of The Star Ledger) “Individually, debilitating injuries taught Dwyane he is not immortal, and on a macro level, Miami’s NBA Finals defeat to Dallas several years ago was similarly enlightening.”

The primary barometer for Brooklyn’s success in this series will be their ability to stretch the floor and get hot from the perimeter. Brooklyn is top 10 in the league as far as three-pointers attempted—over 23 per game. Miami has to force the Nets to put the ball on the deck and drive. Tougher looks means more opportunities for rebounds, and the more energy spent clamoring for boards, the less fresh their legs will be when they rise up to shoot the ball. Brooklyn has the size and length, but Miami has the better athletes.   Brooklyn would rather possessions stay in the halfcourt, and Miami would rather push the tempo and capitalize off of Brooklyn turnovers. With any team that relies on jumpshots, there are swings in the game.

The earlier games will play out in nail-biting fashion. Expect Brooklyn to steal Game One or Game Two away from Miami, but as the series rages, fatigue will play a factor, especially for Paul Pierce. If his shots are flat, it bodes well for Miami, but they still have to deal with Iso Joe, and a contingent of reserve sharpshooters that includes the recently acquired Bayou Bomber, Marcus Thornton. Thornton plays a lot like a young Jason Terry—never saw a shot he didn’t like, and never saw an opponent he’d blink at. Thornton and others can light it up, and if Miami can some how make their jumpshooting look pedestrian, they’ll cruise into the next round.

For those in need of a storyline, the long-running post-season duel between LeBron and Pierce resumes once again, and there’s no doubt we’re in for yet another battle for the ages.

Heat- Nets Game One of the Eastern Conference Semi-Finals tips off Tuesday, May 6th at  7:00 PM at the American Airlines Arena in Miami, Florida. Miami is 7-point chalk, and the total is set at right around 194 points in most markets.