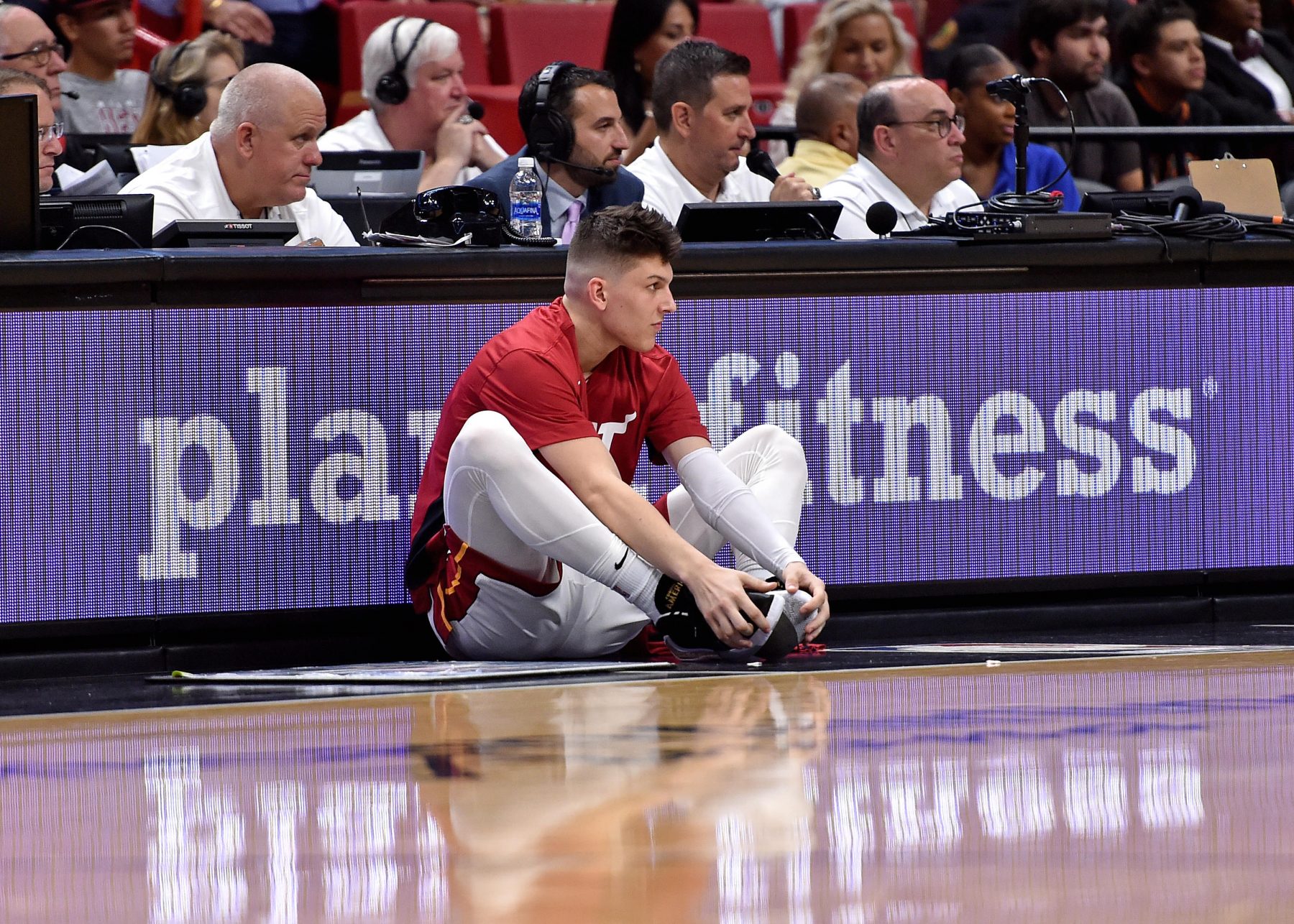 No Miami Heat player has ever won Rookie of the Year since the franchise entered the NBA in 1988. This coming season, that could change as the team’s prized rookie Tyler Herro looks to be a true threat to win the award.

Most ROTY discussions and betting odds predict the higher drafted players, including the first three picks, Zion Williamson, Ja Morant and RJ Barrett, to claim the top rookie honor. But Herro, chosen 13th overall in the 2019 NBA Draft, is not about to back down from any challenge.

Another Heat newcomer has already expressed respect for the swagger the University of Kentucky product has so far shown. Jimmy Butler, who was signed and traded to Miami this offseason, is a notable trash-talker. And Herro has won Butler over because the rookie has not been afraid to dish it back to the All-Star.

“With Tyler, he always got something to say,” Butler said during during the team’s media day. “He always has something to say and I respect it because that shows me he got that fight. He’s not backing down from anybody. Whether you’re on his team or against him in practice or as you’ll see soon enough, you’re going against everybody else, he’s never going to back down.”

Facing an uphill battle for the sought-after award, Herro has a weapon in his arsenal that all the other rookies covet – shooting. In the latest edition of the annual NBA Rookie Survey, Herro was voted as “Best Shooter,” receiving 33 percent of the total votes.

There is concern whether Herro’s success from long distance will translate from the college level to the pros. However, in Herro’s lone season with Kentucky, he recorded a free-throw percentage of 93.5. This is an indication that he has a shooter’s touch and consistent shooting mechanics. It would then not be surprising to see the rookie marksman post above-average, if not excellent, shooting percentages.

Herro’s greatest skill fills what the Heat need. In the 2018-19 season, Miami ranked 21st in 3-point percentage, providing Herro ample opportunity to garner playing time. His presence on the floor can create the space his teammates need to attack the basket.

Furthermore, he will not face the pressure that other first-year players will because of the playmakers around him. With the likes of Butler, Goran Dragic and Justise Winslow initiating the offense, Herro can focus instead on what he does best and shoot without hesitation.

If the team needs it, though, Herro can also produce in other ways than just putting the ball in the hoop. In the 2019 NBA Summer League, not only did he light up the tournament with 20.4 points per game, his court vision was also on display, averaging 4.0 assists per game. He also showed a knack for rebounding the ball with 4.8 boards per game.

He was not a slouch on defense either. While his lateral movement needs to improve in order to stay in front of his man, he has already shown great instinct for stealing the ball, averaging 1.5 steals per game in five games.

Herro understands that his defense will be key in cracking the Heat’s rotation.

“Definitely. If you want to see the floor, I think it’s going to start on defense,” said Herro at a summer camp for kids at South Broward High School in July. “We’ve been working hard the last couple of weeks just reading out defense, not just offense. I’m ready for it.”

After a scorching summer of basketball, Herro has gained plenty of #HerroHive fans. If he becomes the difference maker for the Heat this season, he could also gain the votes of the ROTY voting panel come April.