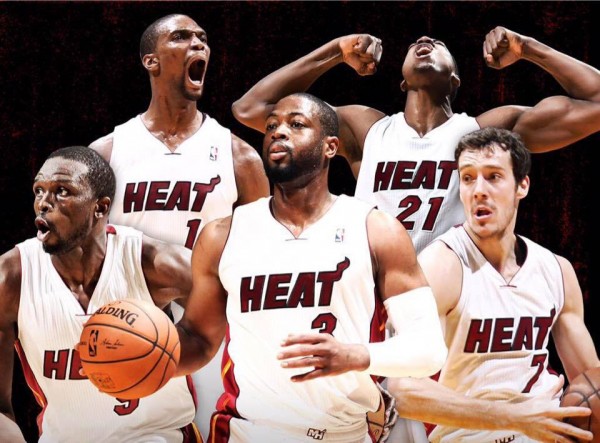 In the modern NBA, it’s no longer a luxury to have roster flexibility — it’s a necessity. Position play is slowly being phased out and in its favor is a more free-wheeling approach to the game. Versality is the name of the game.

If last season was any indication, there is a new school of thought as it pertains to building successful NBA teams. Yes, superstars are still highly prized and well compensated for their exceptional abilities, but teams league-wide are also shelling out big bucks for players who can perform a wide variety of tasks on the floor.

New age small forward Draymond Green received a lengthy and lucrative extension from the NBA champion Golden State Warriors (and was not shy about broadcasting the $82 million figure in a recent twitter exchange with Hassan Whiteside). Cleveland Cavaliers forward Tristan Thompson will most likely negotiate his way to a sizable contract as well, partly due to his ability to guard multiple positions.

These types of players enable teams to fight through injuries; they can be plugged in at almost any slot and fill different roles wherever and whenever they are needed. They can also create matchup nightmares for teams who have been slower to adapt to the new era of malleability.

After a down year, it appears that the Miami Heat have assembled a team built specifically for the modern NBA. Not only is there depth at every position, but the Heat now have the roster flexibility required to play effectively in a small-ball scenario as well as in a more traditional, position-oriented setting.

Last season, the Heat lineup that received the most playing time was a very traditional one: Goran Dragic at the point guard slot, Dwyane Wade at the two, Luol Deng in his typical small forward role and Udonis Haslem and Whiteside up front. While this appeared to be the most talented assortment of players the Heat could manage to put on the court given the injury to Chris Bosh, this lineup was not nearly as effective as some of the more experimental groups Erik Spoelstra threw out there last season.

Take for instance the much smaller lineup of embattled point guard Mario Chalmers, Wade, Deng, Shawne Williams and Chris Anderson. While this lineup may seem short on offensive firepower, it actually worked for the Heat — that group spent a fairly substantial 60 total minutes together on the court and gave the Heat a +11 point differential.

Another lineup, although rarely deployed by Coach Spo, was very potent offensively. It saw Wade and now-departed reserve guard Norris Cole sharing the floor with Deng, the slick-passing Josh McRoberts and Bosh. That group led the Heat to a +18 point differential without too significant of a drop-off on defense. Now, this isn’t the ideal lineup to pit against a team with substantial size, but, assuming Dragic would be taking Norris’s spot in that particular lineup, it could be very effective against smaller, quicker opponents.

This newfound versatility will hinge on several factors. First, the willingness of Bosh to play center. Coming off of a career-ending illness, it remains to be seen if CB would be willing to play down low for extended stretches of time if Whiteside can’t keep up with faster style of play. Also, how much has rookie Justise Winslow improved on his jump shot? If he can make shots with consistency, Winslow can be plugged in at at least three different positions. We know for sure that he can defend perimeter players as well as small forwards, but the Heat can’t afford to sacrifice their offensive spacing while he’s on the court.

Finally, the Heat will have to decide which has more value: Anderson’s shot blocking ability or the court vision of Josh McRoberts. Andersen has been the subject of trade rumors this offseason, and should he be shipped out, his absence will be felt on defense. The Heat would definitely miss the sixty-one blocks he contributed last season.

However, McRoberts has proven himself to be a viable big man who can galvanize a team on the offensive end. In his last healthy season with the Charlotte Hornets, he averaged four assists, which is fairly eye-opening for a power forward. The Heat have quite a few players who like to have their hands on the ball, and would do well to place someone like McBob in the lineup to increase the pace and create an unselfish atmosphere. His positive attitude could prove to be a catalyst for the Heat bench, namely the newly acquired Gerald Green, an explosive scorer who is prone to the occasional funk.

While they were able to compete with the smaller teams last season, the Heat struggled mightily with bigger teams. Teams like the Washington Wizards, San Antonio Spurs, and even Indiana Pacers gave them fits. It was simply too much to ask for the sparse selection of bigs to battle night after night against teams that had more depth at power forward and center.

This year will be the exact opposite. It is now the Heat’s ensemble of big men that opposing teams will have to contend with. Not only are Whiteside and Bosh present in the Heat’s lineup, but proven scorer Amar’e Stoudemire will be shouldering a bit of the bench scoring load that was previously being handled by Haslem and — well, no one else.

Coach Spoelstra will be tasked with mobilizing one of his best Heat rosters to date. Despite missing the singular talent of LeBron James, the Heat now have floor-to-ceiling talent at every position. Expect lots of tinkering for Spoelstra at the beginning of the season to find which configuration works best.
[xyz-ihs snippet=”Responsive-Ad”]