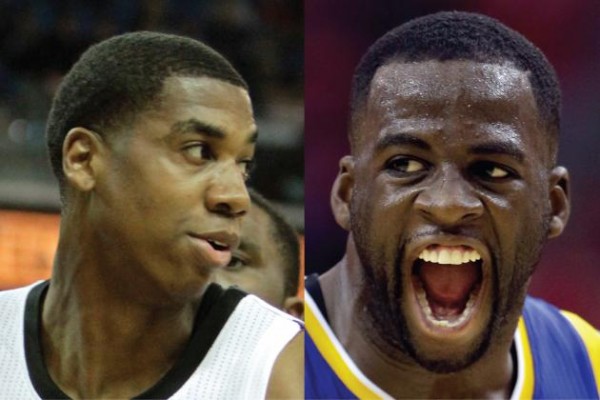 As with every long NBA offseason, the angst for players to get back on the court becomes more and more evident by the day. This time, Miami Heat rising star center Hassan Whiteside and forward Draymond Green of the defending champion Golden State Warriors took to Twitter to go after each other.

The reason? Just another chapter in a league-wide debate over small ball, which continued with Whiteside and Green on Tuesday night and Wednesday morning.

The 6’7″, 230-pound Green, who is a member of a Golden State team that won a championship using primarily small ball during the playoffs last season, was quick to lash out at Whiteside. However, Green’s tweets have recently been deleted, but plenty of Twitter users took screenshots of the debate.

As one can imagine, the seven-foot, 265-pound Whiteside was hasty to snap back at Green.

However, the irony of Green’s tweet that asked if Whiteside could score was comical to some fans, considering the Heat center averaged more points than the Golden State forward last season.

Green took one final shot at Whiteside, as the Golden State small forward referenced his own $82 million contract he signed over the offseason, while going after the Miami big man’s NBA 2K16 rating as well as his uniform attire.

Get your popcorn ready for this matchup, NBA fans. The Heat will play the Warriors at Oracle Arena on January 11th this upcoming season, while Miami will host Golden State at American Airlines Arena on February 24th.
[xyz-ihs snippet=”Responsive-Ad”]