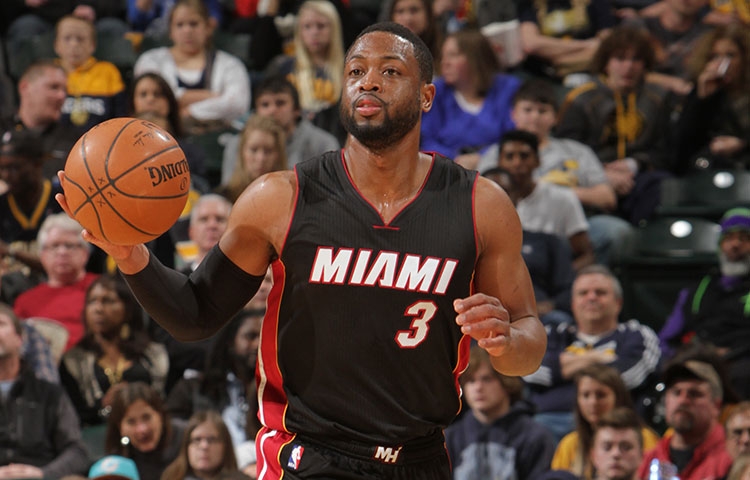 Once upon a time, the Miami Heat started the season 3-0.

Back in early November, the Heat stood as the last team in the Eastern Conference that was unbeaten. Chris Bosh had shown he was ready to be a No. 1 option again, Dwyane Wade complimented Bosh well as a slasher who could distribute, and the Heat were firing on all cylinders with the perfect amount of team chemistry and ball distribution.

Fast forward just two months later and the bottom is quickly falling out—Miami is 14-19 and coming off their third straight loss, a 106-95 defeat at the hands of the 12-21 Indiana Pacers. Currently, the Heat hold just the eighth-best record in the East, just a game ahead of the the 11-18 Boston Celtics.

Just a year after losing in the NBA Finals, and after four consecutive appearances in the championship round, the Heat may very well miss the playoffs altogether. Injuries, lack of chemistry, terrible rebounding and second-half collapses have contributed to Miami’s demise this season.

The team’s projected lineup entering the season featuring Bosh, Josh McRoberts, Luol Deng, Wade and Norris Cole played just a collective total of 34 minutes together before McRoberts was ruled out for the season due to a season-ending knee injury.

The lack of cohesion, health and quality bigs have contributed to Miami’s dead-last rank in the rebounding department, where the team manages to grab just 35.9 boards per contest.

The ball movement that was a staple of the Heat’s offense at the beginning of the season has become a thing of the past—the team ranks 29th in dimes at just 19.8 per game.

Perhaps most important of all, combined with the lack of rebounding and dearth of distribution, Miami simply can’t score the basketball as it ranks 26th in the league with 94.7 points per.

Following Monday night’s 102-101 loss to the Orlando Magic in Bosh’s return after an eight-game absence due to a calf strain, the 6’11” center summed up the Heat’s season after they blew yet another fourth quarter lead:

The Heat fell four games below .500 after their loss versus Orlando, the first time they have fallen to such a lowly mark during the Erik Spoelstra era. It dropped the team to just 6-12 at home after losing just nine home games during the entire 2013-14 season.

Wade stressed the importance of closing out games following the Orlando loss:

“We’ve got to find a way to win games. You would love to be whole, but even when you’re not whole, when you play hard, you give yourself a chance to win games, especially at home. We’ve shot ourselves in the foot a couple of times late in games. Even though we’ve got some new guys, we’ve got enough veteran guys on this team in the rotation that we shouldn’t be doing that.”

The worst part about that loss was not only that Bosh (20 points, eight rebounds), Wade (25 points) and Granger (21 points) all had superb performances and the Heat still fell short, it was that Miami still fell short versus a below-average team in the Eastern Conference who likely who won’t even come close to sniffing the playoffs.

Over their last 17 contests, the Heat are now 5-12. Of those 12 losses, the team has lost to bottom-tier teams such as the Utah Jazz, Philadephia 76ers, Magic and Pacers.

While there are still 51 games left in the regular season, the Heat are providing little reason for their fans to have confidence that they will turn their season around.

In their upcoming schedule alone, Miami will travel to Houston to play the Rockets before coming home to play the Brooklyn Nets. What then ensues is a five-game western road trip to play Western Conference powerhouses such as the Portland Trail Blazers, Los Angeles Clippers and Golden State Warriors.

“I just saw the schedule coming up and it’s a beast,” Bosh stated.

In a season that is quickly going downhill, the only way things get better is if the Heat manage to play better.

Based upon their play for much of this season, that looks to be an uphill task.
[xyz-ihs snippet=”Responsive-Ad”]