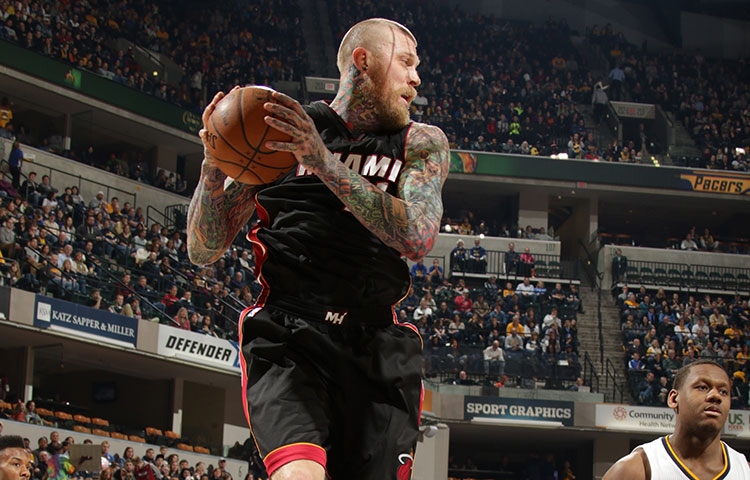 With Dwyane Wade scoring 20 points and dropping seven dimes, Chris Bosh right behind him with 18 points and seven boards, and rising Heat star Luol Deng adding 15 points of his own, it seems strange to write about a loss to the floundering Pacers. But in true Miami style, a rough end to the third quarter condemned the Heat to their third straight loss since their Christmas Day win against former teammate LeBron James and the Cleveland Cavaliers.

The Heat started out strong, leading 24-20 in the first quarter and 51-42 in the second, but the third quarter proved pivotal for the Heat, and unfortunately they dropped the ball. After Miami extended its lead into the double digits early on into the third quarter, C.J. Miles and C.J. Watson combined for ten points, going on a 17-2 run that left the Heat trailing 78-70. Miami never regained their mojo.

The Pacers outscored the Heat by a 64-44 margin in the second half of the game. Miles packed a serious punch, scoring five three pointers off the bench for the Pacers to add to his 25 points overall. George Hill contributed 20 points, and Watson added 11. Roy Hibbert and David West scored ten points apiece.

”We just continue to fight and play hard,” Miles said after the game. “We have 10 guys now that can play and everybody out there on that floor can make a play and can help our team.”

Miami managed to argue a strong case for a ‘W’ in the first half, nearly shooting 60% or higher for the first three quarters, but completely lost their drive in the second half and failed to score for the majority of the third quarter. By the end of the game, the dilapidated Heat offense was only shooting 49.4%

“We didn’t close the quarter out good at all,” admitted D.Wade. “That’s been our Achilles heel all season, it’s been the fourth quarter.”

Though they fizzled in the end, the Heat actually gave a decent fourth quarter effort and cut the deficit to 94-88 with just under four minutes left. Unfortunately, it just wasn’t enough as the Heat never came closer than six points of the Pacers during the fourth quarter. Maybe the Heat should add “play a full game” to the top of their resolutions for 2015.

On a positive note, former Pacers’ All-Star Danny Granger had no problem reminding his old team what they were missing; in his first game as a visitor, he put up 14 points and was six of nine from the field, including two three pointers.

Up next, the Heat travel to the Toyota Center to take on the Houston Rockets on Saturday, January 3. Tip-off is set for 8PM E/T on Sun Sports.
[xyz-ihs snippet=”Responsive-Ad”]