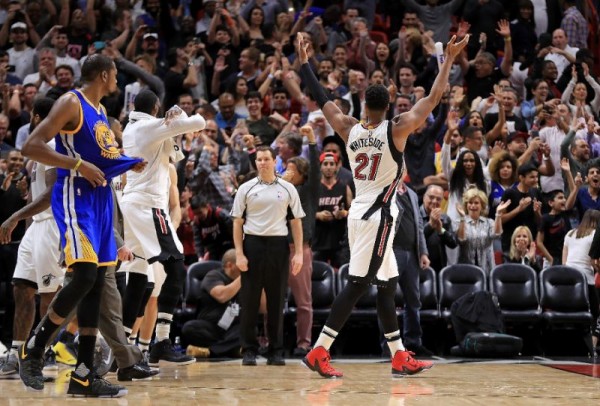 To say the way the 2016-17 season ended for the Miami Heat was disappointing would be an understatement of epic proportions. Going 30-11 in the final 41 games of the year and somehow still missing the postseason is a bitter pill to swallow.

Naturally, the oddball group of misfits and former castaways that head coach Erik Spoelstra whipped into shape this season really wanted a shot at the playoffs. They deserved at least that much. However, the 19-game deficit below .500 ultimately proved insurmountable, as the team came just one game short of their goal.

Now, as the Heat head into the offseason, it is time to look back and reflect on some of the positives from this past year. The basketball gods may have shunned Miami in the end, sure. However, their on-court chemistry, off-court camaraderie and the unprecedented turnaround that saw them climb all the way back up the standings to reach .500 will never be forgotten in Miami.

While at first it may sound foolishly optimistic to claim the Heat had a “good” season — they actually achieved some truly remarkable feats this year. As a team — they broke records. As individuals — they set new standards and soared to new heights. As competitors — they were second-to-none in their fearlessness. For that — this Heat team deserves some serious credit.

All in all, there were a handful of impressive (if not unexpected) accomplishments achieved by Miami in 2016-17. These accomplishments translate into some genuine positive takeaways that are worth noting heading into the offseason. 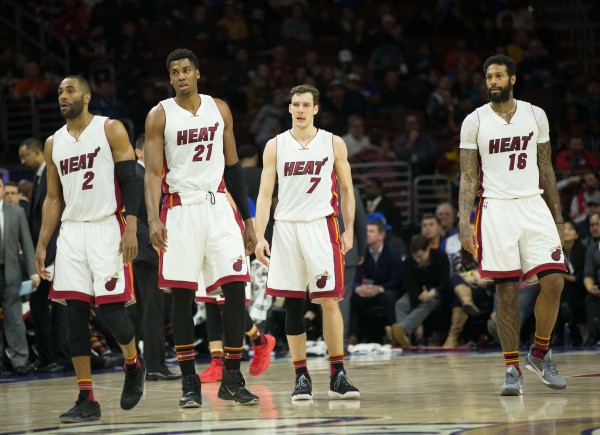 Nobody in their right mind would have considered James Johnson as a contender for Sixth Man of the Year or Most Improved Player before the season began. That’s because no one could’ve possibly predicted the 6-foot-9 journeyman to come close to doing what he did this season.

Johnson began the season in the best shape of his career — a full 30 pounds lighter than his usual playing weight. Before this season, his best statistical season in the NBA was with the Toronto Raptors back in 2011-12 when he averaged 9.1 points, 4.7 rebounds and 2.0 assists per game. (A year earlier he had nearly identical numbers for Toronto, but only played in 25 games). From that point, he bounced around the league like a beach ball at a rock concert — playing for six teams in eight years. His numbers and minutes were on a steady decline as Johnson became increasingly irrelevant.

Then, he landed in Miami, and everything changed. This season, Johnson averaged 12.9 points, 4.9 rebounds and 3.6 assists per game. Furthermore, he was easily one of Miami’s most versatile and reliable players over the course of its epic turnaround that began in mid-January. Unfortunately, Spoelstra opted to have Johnson come off the bench for most of the season, but by the end of the year, he became a starter.

In the handful of games he actually started, Johnson averaged 18.2 points, 7.0 rebounds and 5.6 assists to go along with his 1.6 made threes per game and an impressive 50 percent field-goal percentage. That’s an entirely new realm for the likes of Johnson.

“He made the biggest commitment, and it was to himself,” Spoelstra said of Johnson. “To really push himself to be something different, to commit to the work, to his profession, being the best version he could possibly be of himself, and he was very open to our culture and us helping him get to somewhere different.”

Several other Heat players averaged career-highs in various categories this season, too:

Next: A Season for the Record Books