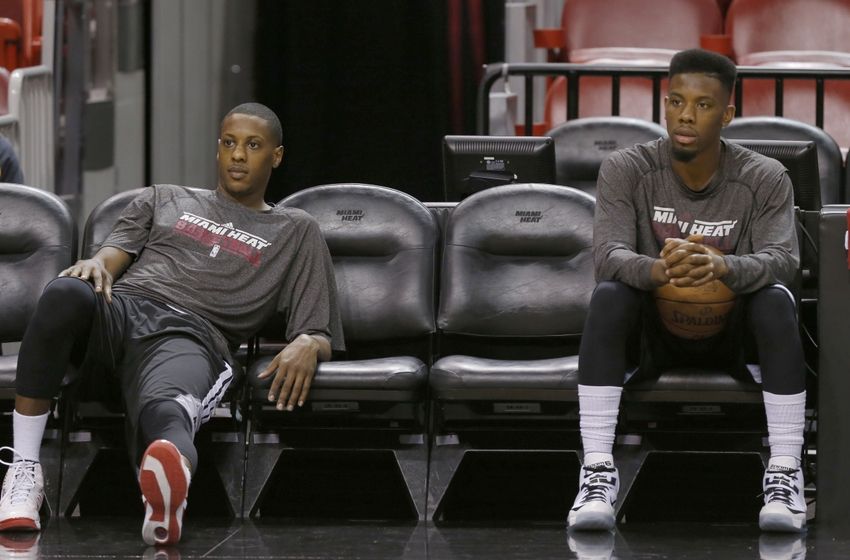 Mario Chalmers is used to being a starter.

From the time he was drafted by the Miami Heat in 2008 until 2013, there was only one season (2010) where ‘Rio did not begin the season as the starting point guard for the Heat.

That is all about the change.

When the Heat begin the regular season versus the Washington Wizards at American Airlines Arena on Wednesday night, it will be Norris Cole who will start at point guard.

That doesn’t seem to bother Chalmers all that much. Following Sunday’s practice, ‘Rio stated the following, via Ira Winderman of The Sun Sentinel:

“Of course you want to start, but you want to finish the game. It’s more about the minutes. At the same time, it’s a mental thing.”

The last, and only time the veteran point guard didn’t start a regular season opener for the Heat since 2008 was in 2010 when Carlos Arroyo started alongside Dwyane Wade, LeBron James, Chris Bosh and Joel Anthony. That was a season in which the franchise would go through a number of different starting point guards, including Arroyo, ‘Rio and Mike Bibby.

Coach Erik Spoelstra downplayed his decision, citing that both Cole and ‘Rio will receive their fair share of minutes:

“Regardless of whether who’s the starter, who’s not, those guys are going to be pivotal players, both Rio and Norris. They’re going to have to play significant minutes for us.”

Considering Cole started the last seven games of the preseason at point guard with Chalmers coming off of the bench as a shooting guard, ‘Rio has a positive outlook when it comes to his newfound role off of the bench:

“The two is a little more natural since I’ve been doing both. It’s a mixture that he’s (Spoelstra) going to mix in, and I’m ready for it.”

With Josh McRoberts still recovering from toe surgery and likely to miss Wednesday’s regular season opener, the Heat will go with a starting lineup of Cole at the point, Wade at shooting guard, Luol Deng at small forward, Shawne Williams at power forward and Bosh at center versus the Washington Wizards.
[xyz-ihs snippet=”Responsive-Ad”]